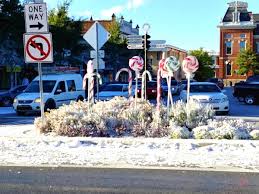 I couldn’t believe my eyes! The dashboard thermometer display in my car registered 90 degrees. I checked to make sure that I was still in Covington, GA and not the North Pole. And yet all that I could see was snow on the ground. There was only one conclusion: Christmas has come early to Covington! Fortunately, a few days later, all the snow had vanished. Then it dawned on me; they're filming another movie in Covington!

Living up to its nickname "The Hollywood of the South," The Hallmark Channel is filming a Warner Bros. movie "Christmas Everlasting," and the Square will be shut down on October 1st-2nd. And while it's only been five days since the official beginning of the fall season, it’s hard to believe that today, Wednesday, September 26 is the 90-day mark until Christmas! 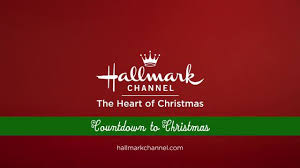 While I’m still not sure about how I feel about the Hallmark’s Countdown to Christmas that begins on October 26, one thing I do know: during the last 60 days of the year, it feels like every charity in the world barrages us. The fact remains that over 30% of all faith-based giving happens during the last three months of the year with 17% occurring in December. That statistic probably doesn't surprise you. Year-end bonuses, tax-deduction deadlines, and a spirit of holiday generosity all combine to make December an impressive month of giving.

With 90 days until Christmas and 97 days left in 2018, many church finance committee members are preparing to launch its annual stewardship campaign. They're also wondering about how their church will finish up the year financially since many of them look forward to a bump to help make up for a budget shortfall.

As you begin to prepare for stewardship season for AND end of year giving, here are five tips to consider: