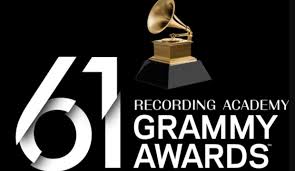 A few weeks ago, the 61st Annual Grammy Awards aired on CBS. Although I saw several commercial advertisements on Facebook and TV leading up to the date, I didn't tune in to watch.

After attending a church conference to decide on property issues and wishing my Aunt Rebekah a Happy 85th Birthday, the last thing that I wanted to do was to watch an awards show. Instead, I snuggled up on the sofa to watch reruns of Law and Order. After a few minutes into the third episode, I fell asleep, and the TV was watching me!

The next morning, I awoke to hear about the winners of the night. I didn’t recognize many of the artists and only gave a cursory reading to the list of winners. I figured that I didn’t have any connection with the music since the artists that I was most familiar were from the 70s, 80s, and 90s. I didn’t even know how to pronounce the name of the winner of the Best R&B Album (okay, so technically It’s an EP): H.E.R. was it H-E-R, like R-E-M, or like Run D-M-C? Or was it merely Her? Somehow I had slipped into the grumpy old man category that proclaims, "They don't make music like they used to anymore!" 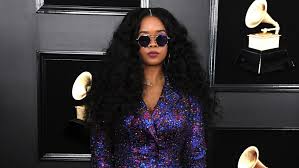 It wasn’t until I saw Facebook posts later that day that I awoke to an unlikely connection to H.E.R., aka, Gabi Wilson, who used to perform covers of Alicia Keys songs. One of H.E.R.’s producer is “Swagg R’celious,” aka David Arcelious Harris.

David (class of 2008) and his brothers were among many of my former students at LaGrange College. They went on to form thegospel/R&B group A7. The youngest of 4 brothers, David was the last of the Harris brothers that I had the pleasure of teaching and mentoring. Talented and immensely likable, David was my connection to a current Grammy Award-winning artist, but I didn’t know it!

Finding a connection with a current music phenomenon through a former student pushed me to recognize that I was asleep and not relevant to the contemporary music scene. The music world had long past me by like Rip van Winkle, and I was at least 25 years behind and stuck. 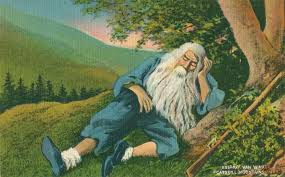 Many of our churches have found themselves in a similar Rip Van Winkle-like sleep as they are slowly waking up to find that the world has changed. 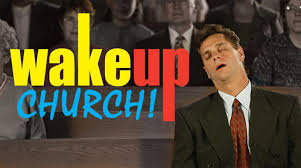 Perhaps what’s most disheartening to the church's tired eyes is the realization that many people outside the church walls see that the church is no longer relevant to their daily lives. 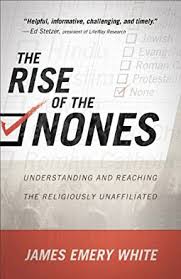 The relevance factor may also explain the national trend of shrinking worship attendance on Sundays and the rising numbers of what author James Emery White calls the Rise of the Nones.Nones are people who report “no religious preference” during research or census activities. There are currently a lot of Nones outside our church walls. Some of these Nones are youth and adults who believe that church is irrelevant.

Irrelevant churches make almost no impact on the community around them. Why is that? Because relevance determines impact—that's why. Relevancy gains you a hearing. It determines whether or not people pay attention to you or whether they ignore you. By many accounts, most churches appear to be losing relevance. Before you push back and stop reading, please remember that just because the Gospel is always relevant doesn’t mean that the church is.

After awakening from a long sleep, what we first notice is that things seem to be the same. For Rip, what appeared to be the same was the grassy knoll that he rested on. For the church, this means that there are people still moving into new neighborhoods and we're still building schools. We react to this apparent sameness like we do during the woozy time when our open eyes are open after sleeping, but we're not precisely alert. And all things being equal, it always so much easier to roll over and hit the snooze button than to wake up put your feet on the floor to start the new day.

After his awakening, Rip discovers that his beard is a foot long, his gun is rusted and broken, and his dog has disappeared. Rip arrives at his village, only to find that it is very different from when he left. Commerce and newcomers have changed the town. The political climate has also changed, and people seem louder, angrier, and more energetic. Rip finds that he doesn’t recognize anyone in the village.

The villagers question Rip's odd disappearance, and he tells them why he's absent for so many years. They call upon Peter Vanderdonk, who is the village's oldest and most knowledgeable man. Peter recognizes Rip and explains Rip's disappearance.

Similar to Rip’s awakening experiences, the church is also quickly realizing that many things have also changed. For the church, what’s changed is what I refer to as the “developmental or attractional model of church,” where the church believes it can still attract growth and reach people by improving on what it is already doing.

Can our churches learn from Rip Van Winkle? Are we’re willing to go beyond our comfort zones to identify a connector (what the Bible calls a person of peace) like a Peter Vanderdonk, or a David Harris who help us wipe the sleep from our eyes to wake up and engage the world outside the church walls? I’m happy to join you churches as we seek to reach outside the church walls to connect people with Jesus. Will you wake up with me?