Can the Church Help Others Become Heroes of their Stories? 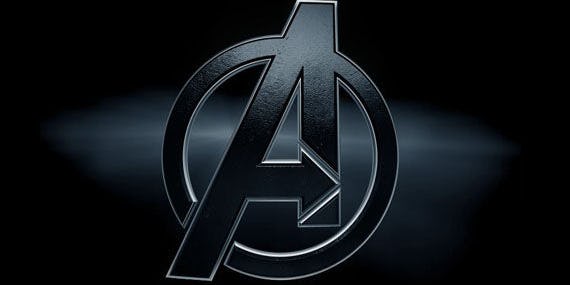 Have you seen the Avengers: Infinity War movie? I've seen it once, and I’m scheduled to see it again to see what I missed. Don't worry; there's a not spoiler alert here! The only thing that I will say is it’s fascinating to see how what started in 2008 with Iron Man has all led up to a cosmic battle between good and evil.

Ten years ago creators of the Marvel Cinematic Universe (MCU) had a vision. During the post credit scene of the first Iron Man movie, Samuel L. Jackson's character Nick Fury says to Iron Man: “Mr. Stark, you've become part of a bigger universe, you just don't know it yet."

A few years later, Fury returns and spells out the bigger universe by famously casting MCU’s vision: "There was an idea, the idea of bringing together a group of remarkable people to see if they could become something more. To see if they could work together when we needed them to fight the battles we never could." And just like that, Fury’s words spark a superhero revelation played out on the silver screen.

Many of you know that I’m a huge Marvel Comic fan! My love affair with superheroes first began when I entered second grade, where I met Chad, who introduced me to Marvel Comics and the superhero characters who came to life from the cheap, pulpy pages of comic books.

From the moment that I read an Avengers comic book, I felt a deep connection with the odd assembly of superheroes that were similar to Superman, Batman, and the Justice League, but not quite the same. Instead, this rag-tag superhero team was "assembled" accidentally from a continual sibling rivalry squabble between brothers where Loki attempts to trap Thor.

Instead of Thor showing up alone to battle Loki, Iron Man, the Hulk, Ant-Man and Wasp unexpectedly answer the call to action and together they defeat Loki. The ongoing struggles between Thor and Loki that had unintentional consequences were similar to the families that I knew, who quarrels, fights, and grudges also surprisingly had accidental implications of sticking together in times of crisis and more significant issues.

Today, my love of comics continues to influence my passion for equipping churches to imagine new ways to connect people to Jesus. From a comic book perspective, the desire comes out as a question that leads me on a hero’s quest: How can the church help people become the hero of their own story?

While pursuing this question and unpacking the latest Avengers movie plot by plot, I came across an article by Eric Geiger that stirred my imagination and convinces me that there are at least three things that the rise of comic superheroes movies tells us.  Geiger says:

We're broken. The first comic superheroes (DC’s Superman, Batman, Wonder Woman, Flash, Aquaman, etc.) became popular during the Great Depression and the beginning of World War II. Marvel superheroes (Iron Man, Hulk, Spider-Man, X-Men, etc.) arose from the fear of potential radioactive fallout during the Cold War. Many of the Marvel heroes origin stories originate around an arc reactor created from a near-fatal war zone injury, an irradiated spider bite, and exposure to gamma rays. The take away for the church from the comics is that people will always look for a Savior to rescue them during times of unrest and crises bigger than themselves.

We want to be rescued. Emptiness and pain alert us to our need to be saved. The crowds of people flocking to superhero films reveal both a longing to be heroes and a desire for God to rescue us from human brokenness.

There's a Greater Story. Stories of rescue that grip our culture remind us that God created us for the more significant Story, for the greater Rescuer. Christ is the ultimate Rescuer.

From Geiger’s work, I believe that the church has the vision to help people to become the heroes of their stories. The trick is to understand that the church isn’t the hero of people’s story, but a guide that points to the great Rescuer who continues to announce: Turn around! You’re going the wrong way! (We often translate this as “repent.”)

This “turn around rescue plan” is what we offer to people to help them become the heroes of their stories. When the church is intentional in announcing this rescue plan, we can mend broken lives.  I dream of a day when all of our churches will continue to triumphally echo the words of God's rescue plan to transform the world.

Much in the same way that Nick Fury said about the Avengers so long ago: "And there came a day, a day unlike any other. When earth's mightiest heroes found themselves united against a common threat: to fight the foes no single superhero could withstand. On that day, The Avengers were born."

May the church continue to be born anew to share God's rescue plan that helps people become heroes of their stories by sharing the Greater Story of Good News with others!