More Than Meets the Eye

Do you remember the TV animated show, The Transformers? It was a cartoon series that debuted in 1984 and put together all of a teenaged boy’s great loves: planes, cars, and robots. You learn the plot of the show from the theme song. If you remember it, sing along with me:

As the song suggests, the show focuses on the conflict between Autobots and the Decepticons. It’s the classic Good vs. Evil story.

My favorite Autobot character was Optimus Prime, and my mother purchased the Hasbro toy action figure for me. I spent hours making the transforming-converting-robot sounds while manipulating a semi-truck toy into its robot form. I created different stories with my imagination and played out how I believed Optimus would save the day. My only wish was that one day I could find a robot that would transform without me having to maneuver the toy.

Nearly forty years later, that day has finally arrived. Before writing this blog, I ordered an actual Optimus Prime robot fully equipped with sounds effects that transform by itself! After all of these years, I guess that I’m still a kid with a heart who’s curious, with an active imagination, and loves to play. 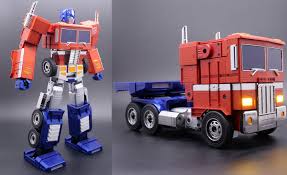 It’s taken me almost a lifetime to be able to admit it, but I still love to play. In my role as district superintendent, I’ve been a little sheepish about acknowledging my love for playfulness and curiosity. But the truth is, it’s who I’ve always been and my native way of being in the world. As I reflect on what’s driven me as a superintendent for the past four years, I can see how my love of play and curiosity has shaped my outlook on leadership. More specifically, I now see how my long-lost love for Optimus Prime has also influenced my notion of leadership.

Originally known as Orion Pax, the future leader of the Autobots (the good guys), he was a factory worker who idolized the Decepticons (the bad guys) and their leader Megatron because they could fly. Over the years, Orion’s work history morphs into several versions, including a librarian, a warehouse worker, a data clerk, and a dock worker.

One day, Megatron arrives at Orion’s job and steals cargo from the company. In an ensuing attack, Megatron seriously wounds Orion. Orion goes to Cybrotron’s (their robot planet) hospital and, in Six-Million-Dollar-Man fashion, was rebuilt as a new hero-robot. Orion was noticed for his courage and strength during the operation and renamed Optimus Prime.

Okay, so it’s a kid’s show, and I’m getting a bit nostalgic when thinking about it all. Several animated versions of the “robots in disguise” franchise have appeared on the small screen, including several movies. The popularity of a yellow Camaro with black racing stripes that Chevrolet fashioned after the Autobot, Bubblebee, signifies that Transformers impact our culture. 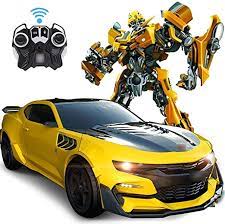 Here are a few lessons that I’ve learned from Optimus Prime.

Things Are Not Always What They Seem
As the opening song indicates, sometimes life provides us situations where there’s “more than meets the eye.” It takes a bit of curiosity to look below the surface of things to glimpse the various submerged beliefs and shared assumptions that influence behavior. Watch what people do and not necessarily what they say. When there’s a gap between what you see and what you hear, you can decide what’s going on.

Admit Your Mistakes
Optimus is not perfect and has made mistakes. When he realizes his error, Optimus is quick to admit his mistakes and learn from them. I made a lot of decisions. I’ve also made a lot of errors and have scars to show from them. I’ll make more. The quicker we can admit our mistakes, the easier it is to move on.

Big Picture Thinking
Optimus Prime always sees the bigger picture. The other Autobots often want to rush into things and get more readily swayed by emotion. As a leader, you have to metaphorically “get on the balcony” and step back to see the most significant possible picture of your environment. Stepping on the balcony is a strategic action but should not be practiced without empathy. Leadership is about relationships and influences.

I’m still learning from Optimus Prime. And one day soon, when I get my new auto-converting Optimus Prime, I’ll finally be able to say his famous phrase, “Autobots, roll out!”