Spring, Lent and a Bridge Over Troubled Water

Spring, Lent, and A Bridge Over Troubled Water 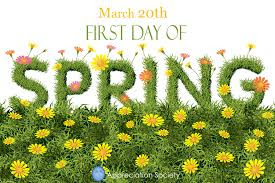 Today’s the first day of spring, a season for cleaning, change, renewal and yes, pollen. I don’t think that isn’t a coincidence that Lent occurs at some point during the spring, as both seasons highlight the need for change and new beginnings.

Winter makes many of us want to curl up to a warm fire and withdraw from the world. But with the arrival of spring, we can start to come out of that place of self-protection and look forward to new beginnings. To make that transition, we have to be willing and courageous enough to face our fears, let go of our old patterns and survival issues that keep us stuck, and embrace the changing energy and manifestation potential of spring.

I wasn't too fond of bridges when I was a child. I was afraid to walk across the Athens Street “Butler High” Bridge near E.E. Butler High School in my hometown of Gainesville.  One day, during spring break, I had to face my fear as a couple of my friends forced me to walk across the dreaded bridge. 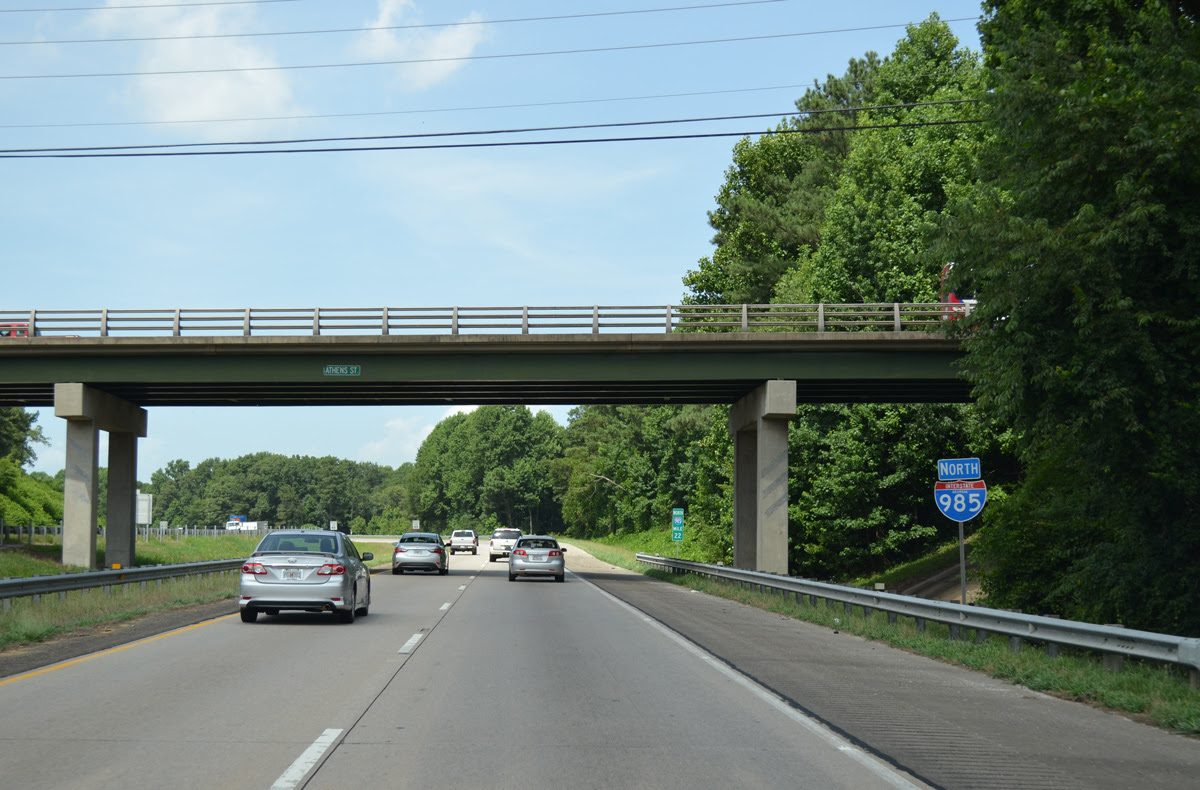 Riding across the bridge in a car was fine with me, as every day, we crossed the bridge to get home. But walking across it was an entirely different story. Without the safety of 2 tons of steel, glass, plastic, rubber, and Naugahyde upholstery to protect me, I felt vulnerable.

Looking through seven-year-old eyes, it appeared that the cars were traveling too close to the sidewalk. Oncoming cars zooming quickly past me caused me to freeze as stiff as a board. To make matters worse, underneath the bridge was a state highway (now I-985). I was afraid that if a wayward car driving across the bridge didn’t hit me, then I would somehow fall off the bridge and be splattered by the cars below.

I was afraid of being injured by the traffic in front of and below me! Over the years, I've had a change of heart about bridges, except when the bridge is over a large body of water. Bridges of troubled waters not only take me back to Aretha Franklin's version of Simon and Garfunkel's hit song “Bridge Over Troubled Water" but it also brings me to my childhood fears. 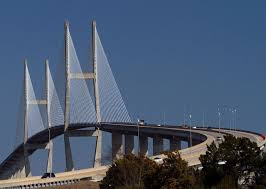 Speaking of bridges over troubled waters, a few weeks ago, both my friend and mentor Rodney Smothers and Dave Benson pastor of Conyers First UMC told me about a bridge over troubled waters: the story of Choluteca Bridge. If you’ve never heard of the Choluteca Bridge in Honduras, don’t worry, neither had I until Dave told me. After hearing the story, it occurred to me that it's an excellent metaphor for the continually changing dynamics of culture that our churches are encountering. 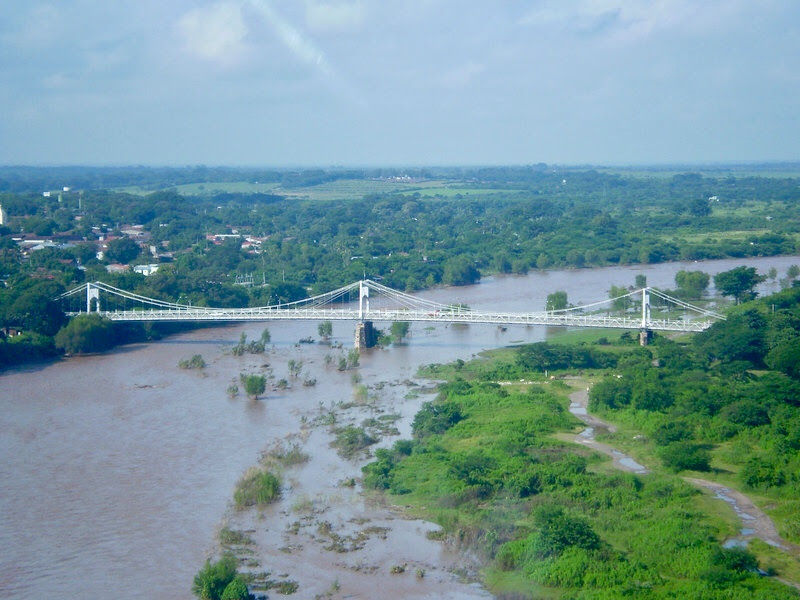 Initially constructed in 1930, and rebuilt in 1996, the Choluteca is a suspension bridge built to withstand hurricanes. In 1998, the bridge got its chance to prove its mettle as Hurricane Mitch, a category five storm smashed through and devastated Honduras. Roads were wiped out, buildings destroyed along with every other bridge in Honduras. But, as it was built to do, the Choluteca Bridge stood its ground, surviving in near perfect condition.

Even though the bridge remained standing, there was one problem: the winds from Hurricane Mitch caused the river to carve an entirely new path that no longer ran under the bridge. That's right, the Choluteca Bridge no longer stood over the river, rendering it virtually useless. 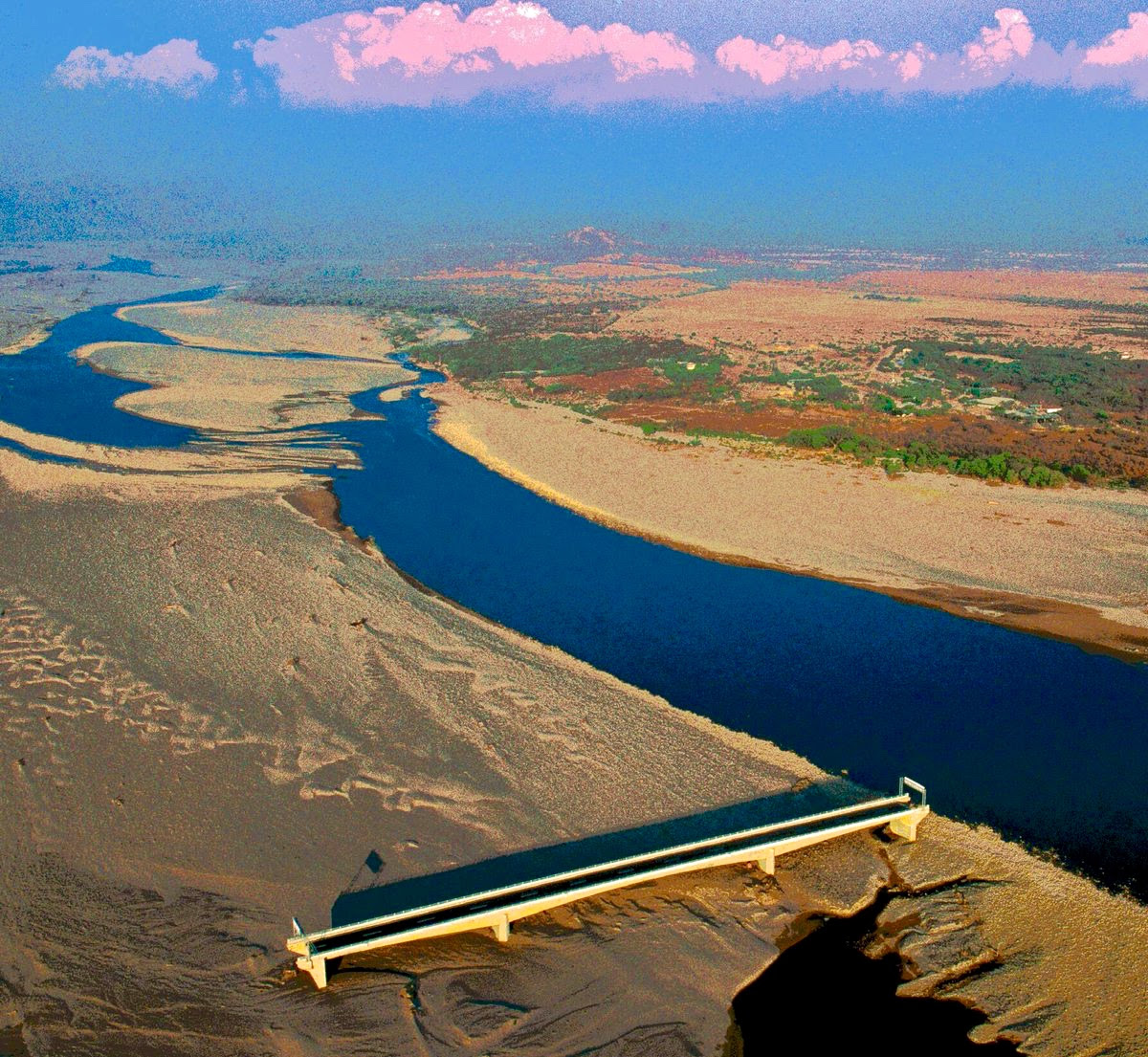 Yes, that's the same bridge from the picture before; it's the river that moved! The hurricane couldn't move the bridge, but the hurricane picked-up and moved the river making the bridge a bridge to nowhere. Sometimes we can recognize that our former "bridges" and "community connections" remain intact, but they are no longer anywhere near today's community or its concerns.  The river has moved, and we haven't changed.

We may dislike change, but it appears that God indeed doesn't: the Bible is full of references to God doing new things, making new creations, pouring new wine into new wineskins. And see the example of the Apostle Paul, who was willing to be flexible, who didn't hold on to set methods or formulas, but adopted different approaches for the various people he went along.

Like Robinson Crusoe, there are times where we all want to return to what we knew because we feel out of place in this strange new world. But we don't have the tools to reconstruct what used to be. When we try to rebuild the past, our constructions don't work, like the bridge in Honduras or Robinson Crusoe trying to build a sail in the middle of his island, hoping he could sail it like a ship.

How willing are we to change – to let go of our structures, our plans, and our methods, to respond to the times, and do something new? Are we willing to keep checking – is what we are doing still useful? Is there even any point in it? Is it reaching people where they are now? Is it contextual?

What do we do when the rivers start to move? Are we afraid to cross bridges that lead to the community or have the bridges that we built now lead to nowhere because the culture has shifted? We can all too easily spend time, money and energy trying to keep our beloved structures going, while everything around them has changed and they have become irrelevant.

I invite to fear your fears and look at our churches, our strategies, and structures and ask the questions: are they still fit for purpose, are they still relevant, or are they carefully constructed, beautiful bridges over empty river beds?