The Gnawing Stress of Hunger in Georgia

By Rev. John R. Moeller, Jr. Guest Blogger   As a parent, it hurts my heart to think that many of the 28 percent (more than 1 out of every 4!) of Georgia's children who are food insecure can't focus in school because they are worried about their next meal.  You and I both know that a child's brain needs a consistent, nutritious diet to fully develop. I’m distressed by the fact that far too many Georgians can't focus on finding or maintaining a good job because they’re worried about how they will... 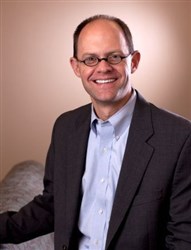 What happens when you tithe?

The General Board of Global Ministries offers a gift catalog as an alternative to traditional gifts. An email I got today put it like this, "With gifts like these, you can honor someone by changing lives." http://new.gbgm-umc.org/give/giftcatalog/

Give a Bible to Someone Who's Searching

United Methodist Communications just announced the release of the Rethink Church Edition Common English Bible (New Testament). Churches may order their own copies at $5 each to give away to church visitors or at Rethink Church events in their communities. Below is the UMCom news release: Give a Bible to someone who’s searching Nashville, Tenn: For less than the cost of a matinee movie ticket or a couple of gallons of gas, you can place the New Testament in the hands of a spiritual seeker who ...

Who dat making a super effort to build health kits for Haiti? United Methodist churches in Louisiana and Indiana, dat’s who. Two congregations, one from Indianapolis and another just outside of New Orleans, are harnessing the energy surrounding Super Bowl XLIV with a friendly challenge: Which church can assemble the largest number of health kits for Haiti? Read the whole story at: http://www.umc.org/site/apps/nlnet/content3.aspx?c=lwL4KnN1LtH&b=5259669&ct=7995779.

Matthew 14:13-21  Now when Jesus heard this, he withdrew from there in a boat to a deserted place by himself. But when the crowds heard it, they followed him on foot from the towns. When he went ashore, he saw a great crowd; and he had compassion for them and cured their sick. When it was evening, the disciples came to him and said, ‘This is a deserted place, and the hour is now late; send the crowds away so that they may go into the villages and buy food for themselves.’ Jesus said to them, ‘...