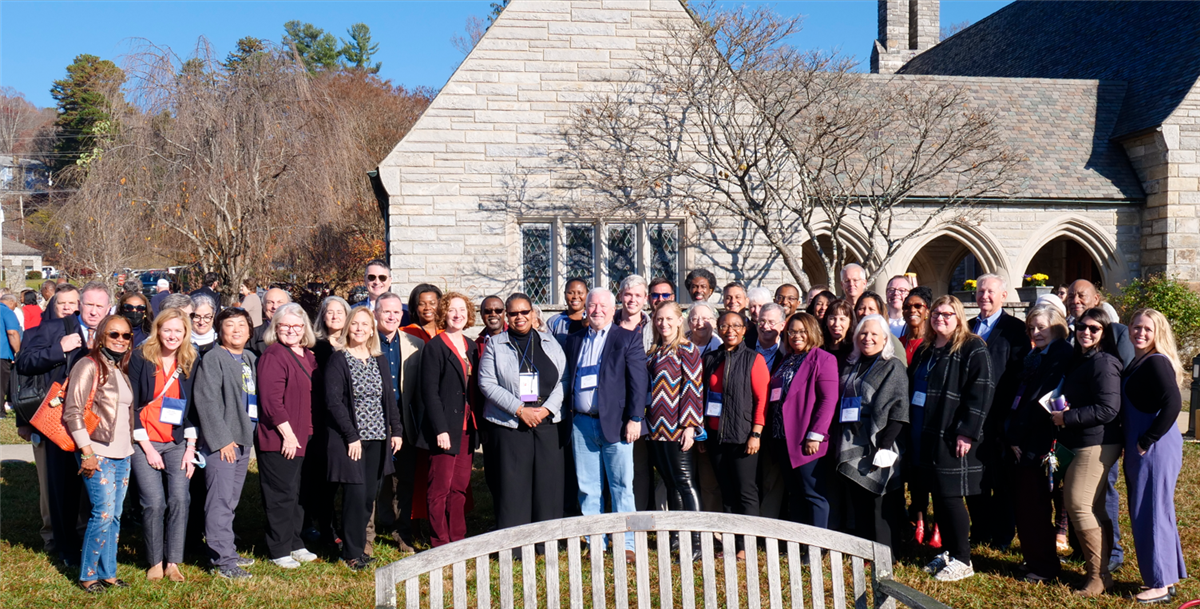 Bishop Robin Dease has been appointed as the next bishop of the North Georgia Annual Conference. She begins service in our conference on January 1, 2023. (Read a brief bio here.)

After the assignment, the North Georgia Annual Conference delegation and friends surrounded Bishop Dease in prayer and welcome.

"I'm a collaborator," she said. "Let's have fun. Let's make disciples. Let's love one another. Let's build bridges. I am looking forward to working together."

Delegates elected Dease, 54, on Nov. 3 at the jurisdiction’s meeting at Lake Junaluska, on the 25th ballot. She received 206 votes out of 343 valid ballots cast – exactly the number needed to be elected (60% of valid ballots). 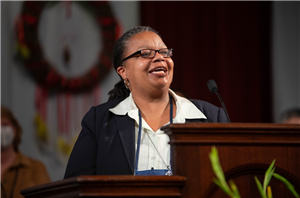 Bishop Dease – who was nominated as a write-in on the first ballot on Nov. 2 – was the third bishop elected at the Nov. 2-4 meeting, following the Rev. Tom Berlin of the Virginia Conference and the Rev. Connie Shelton of the Mississippi Conference, both of whom were elected the day before.

“Most of my 13 siblings have joined the church triumphant, and those who are left physically cannot be here,” she told the delegates to the SEJ Conference, “but you are my family.”

Dease was born in Brooklyn, New York. After moving to South Carolina, she graduated from Claflin University in Orangeburg in 1992. She earned a master of divinity degree and a doctor of ministry degree in stewardship from Wesley Theological Seminary in Washington, D.C.

Dease has been involved in numerous denominational and conference boards and committees, and has been active in other organizations in the communities where she has served (Ministerial Alliance, Chamber of Commerce, United Way Faith Based Committee).