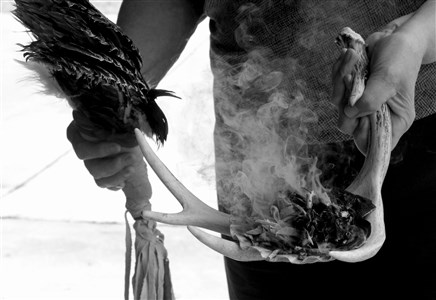 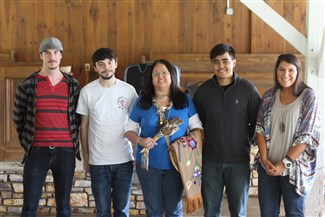 Attendees were smudged with sage, a ritual practiced to clear the mind and eliminate negative thoughts, as they walked into the campground’s outdoor pavilion. Several tribes were present this year, including Seminole, Creek, and Blackfoot. This year’s honored scholars represented the tribes Chickasaw, Lumbee, Arawak, Cherokee, and Ottowa.

Five scholars were honored this year: Lindsay Snipes, Kyle Wilkins, Michael Swehla, Joel Shearon, and Pamela Newman. Each scholar was gifted with a hand carved tortoise, representing the lesson within the tale of "The Tortoise and the Hare." 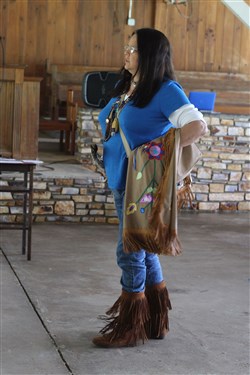 One scholar, Pamela Newman, performed a special dance in honor of the event, while fellow scholar, Joel Shearon, played the drum, and her father, Levi Walker, sang. Walker is known for his role as “Chief NocaHoma” for the Atlanta Braves during the 1970’s and 1980’s. He spoke of his time with the baseball team as well as his pride for his Ottowa tribe.

CONAM leader, Rev. Mike Shearon of Augusta’s Harlem UMC, shared his experience at the Catawba Indian Reservation, where he helped lead a children’s mission trip. He spoke of how the children were so enthralled by what Chief Bill Harris shared with them that after over an hour of asking questions, their final request was to give him a hug.

He explained how when the love of God is so heavily present, as it was within the reservation, “people want to touch it.”

The afternoon ended with a traditional dance and a free lunch in the fellowship hall.

Native American Ministries invites United Methodists of all ages and backgrounds to inquire about the work, beliefs, and struggles of CONAM, with the hope that the rest of the conference can feel the presence of God within their ministry.

View photos of the gathering here