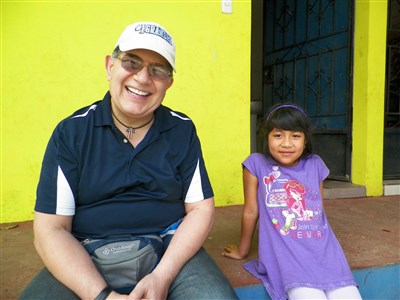 “Something new and different happens here when we empower the world.” – Scott Parrish

Rev. Scott Parrish, our North Georgia Conference Missions Specialists, wants everyone to know that mission trips are made up of more than just handy work. United Methodists across the world need conversation and comradery as much as they need able bodies who know their way around a hammer and nails.

Each of our Conference’s seven international Bridge connections is built on a “50/50 partnership”, encouraging both groups to connect and pray for each other.

“The intent is to have a variety of relationships,” Parrish explains. “This new way is deeper, longer, and richer.”

Relationships are already forming across the globe in 2015, as mission teams jump into new cultures to learn how to love God in new places by depending on the guidance and care of local Christians.

Parrish visited El Salvador in March with a small group. They spent their time assessing the needs of the area in terms of church and medical clinic necessities. Having planted their first United Methodist Church shortly after the end of the civil war, El Salvador is in a state of poverty and needs encouragement and connections, along with more concrete places to worship.

Only four Methodist churches have their own buildings. The rest congregate in houses. While missionaries, with the help of the General Board of Global Ministries, work to provide buildings to these churches and minimum wage salaries currently to eight pastors, they also seek to provide training in Christian Education and to relate to their struggles.

Groups often bond with locals over similar church and congregational issues. By sharing, every group leaves feeling less alone and more in touch with their Methodist brothers and sisters.

Parrish especially felt this during his recent trip, where he met a Methodist team from Columbia whose focus was to tell stories of surrounding conferences around El Salvador. On their team was a Methodist from the Philippines. Along with Parrish was Rev. Dr. Juan Quintanilla and Rev. Dr. Joaquim Cruz, both originally from Mexico.

“It was like a glimpse of heaven,” said Parrish, recalling the variety of languages and conversations he heard during their time together.

A change that teams are beginning to see in this area is people, particularly teens, turning to church involvement as opposed to gang activity. Gangs entice youth with feelings of belonging and promises of providing for their families; but as the Methodist presence grows, the church can provide that same feeling of acceptance and provide opportunities to “sink their roots into a church community”.

Although gang activity exists in El Salvador, it is still a safe mission trip for congregations, even those new to serving internationally. Guides and local volunteers are dependable and genuine in their devotion to protect and advise missionaries.

There are many areas of mission opportunity in regards to El Salvador. Churches, colleges, and other United Methodist affiliates are encouraged to pray and donate, and also inquire about joining a future team. Those interested can contact Rev. Carol Cook, Superintendent of the LaGrange District, at carol.cook@ngumc.net.

This year Lagrange College included the Philippines as a choice for their “Jan Term,” where students have the opportunity to study and serve abroad or in other states. Organized through Bridges and lead by Dr. David Ahearn, a LaGrange professor, the Philippines trip focused this year on providing for children. 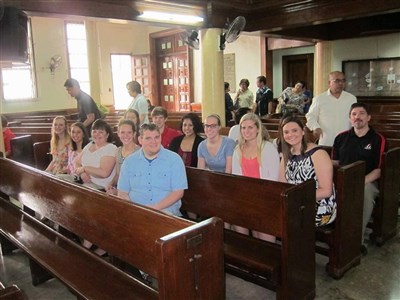 Before departing in January, students collected 80 library books and boxes of school supplies that they would later carry for two and a half miles up a mountain to deliver to an indigenous school.

The group also gave out more than 450 flip flops to children through the Slipper Project. They were happy to report having enough for every child at each stop.

For some students, this is a trip they will take again each year. Those who return gain more cultural experience and understanding.

For more information on the many opportunities and future trips available with this Bridge, please, contact Rev. Herzen Adone, Superintendent of the Northwest District, at herzen.andone@ngumc.net. 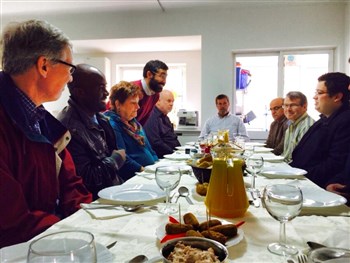 Every February, this Bridge invites North Georgia clergy and laity to travel across Portugal, providing training for current and potential laity and clergy within the 14 Methodist Churches present in the country. Groups exchange knowledge of the basics in church leadership, providing thriving conversations for everyone.

Portugal offers a more secular setting. Many churches avoid ringing their bells out of fear of offending others. Church attendance has long been deeply declining.

Non-practicing Roman Catholics hold the highest demographic, with atheism close behind. There are only about 1,000 members in Portugal’s Methodist Conference. Young adults often leave the country, resulting in an aging population, especially in the church. Congregations have a fear of dying out.

“It helps us learn where our church could be if we are not careful,” Everhart explains.

The two conferences are working together to “rebrand” the Methodist churches across the country. In 2015 the team visited and worked with all 14 churches during their trip.

“I went to Portugal with the hopes of being some help to fellow Methodists who are seeking to be fruitful, vital, and instrumental in reaching others in Portugal with the Good News of Jesus Christ. Yet I was the one who received a gift and blessing in a way that I could never have imagined. Truly a new bridge has been built…” 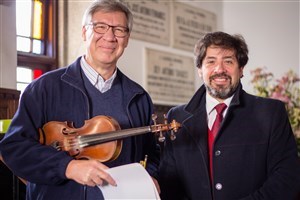 Naglee bonded with a translator over their mutual love for the violin. The Georgia pastor writes about the connection that formed between them, resulting in an opportunity to play a few pieces of music together. The translator, Jose, wrote a song in honor of John Wesley overnight.

“He then handed me the music and said, ‘This is for you,’” Naglee recalls. “I was stunned and overwhelmed…For someone to sacrifice their night creating a piece that taps into the deep roots of my cherished Methodist heritage, just for me, warmed my heart deeply.”

Other efforts have included raising money to renovate a local homeless shelter. During their stay this year, their hosts also hired a homeless women to cook for the team. Out of gratitude and support, the group also gave the extra money raised for their trip to her.

North Georgia hopes to continue to strengthen their relationship with Portugal by one day inviting a clergyperson to stay for a year and take classes at Candler School of Theology.

Portugal invites the North Georgia Conference to schedule their visits in April during their Annual Conference season, a trip Bridges hopes to add in the future.

Any clergy and laity who have a heart for leading and teaching are encouraged to contact Everhart at dana.everhart@ngumc.net or Naglee at david.naglee@ngumc.net about joining the next team.

Attendees of the 2015 Academy for Spiritual Formation this winter included contacts and new friends from Russia. 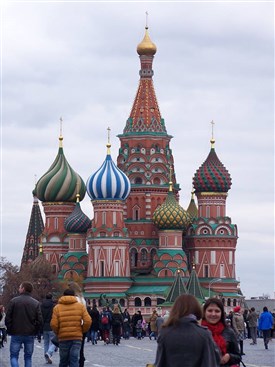 Local Bridge participants received a unique opportunity to show their visitors, one being the bishop from Russia, the heart and soul of our North Georgia Conference. The visitors worshiped in North Georgia United Methodist churches and visited special places such as the King Center in Atlanta.

North Georgia Conference missionaries also took part in picking their visitors up from the airport and transporting them from place to place.


Everyone has a Role on a Bridges Mission Trip

Churches should contact Scott Parrish for mission trip inquiries, even if there is not a trip currently arranged. If a congregation is unsure of which of the Bridges is best for them, he encourages them to call, ask questions, and learn more about the opportunities available.

Parrish believes “every age, every stage, every gift, and every skill” is valuable in missions and capable of learning better ways to help others.

“It’s not just helping my neighbor that looks like me, but those down the road and to the ends of the earth,” said Parrish.