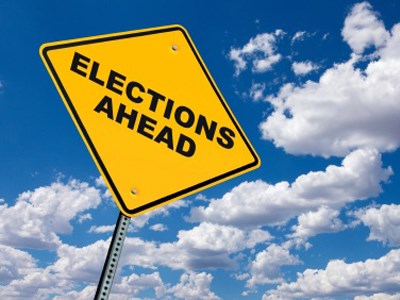 As we approach Annual Conference and the elections that take place every four years (a quadrennium), it may be helpful to review a few approaches to the voting process. First timers may feel like many Americans when they see their first Cricket game, baffled about what is going on, and perhaps a good bit of wondering about why.

What follows is not meant to place a value judgment on any aspect of the process nor is this meant to be an exhaustive primer. This is simply an attempt at a quick unbiased overview. Most of the following is common to both laity and clergy.

Serving in this capacity requires deep dedication to multi-faceted tasks, ex-officio seats on more boards and committees than I can list here, long experience in leading groups, and an ability to build consensus and networks … just to name a few.  This year the first elected lay person will lead the North Georgia delegation at both the 2016 General and Jurisdictional Conferences.

A few are concerned about the order of election. The election ranking, first through last, is a vital factor for those seeking to sit on specific committees at the global gathering next spring in Portland, Oregon. Committee assignments for General Conference usually are claimed by order of election; first elected get first choice, second elected gets second choice, etc.

The whole matter of assignment to committees is a strategic consideration for the overall direction of the entire delegation. Some committees face and deal with bigger and more critical issues than others or have longer range ramifications than others. General Conference is two weeks long.  The first week is primarily committee work in break out rooms near or around the main convention hall.

Legislation from all over the world is presented and perfected in these small groups before it goes to the floor for a vote, which is more of what constitutes the second week.  (If you want to visit this event, which is highly recommended, visit during the second week rather than the first.) Committee work can be tedious and at times appear trivial, but in fact, it is in these various side rooms where the stage is set for what legislation is placed before the general session.

Some are thinking in terms of who will sit on this critical committee that is responsible for assigning Bishops to their areas in 4 year blocks of time.  They don't meet often, but when they do, it's critical.  They consider where to assign newly elected Bishops and where to move current Bishops.

The first two elected, first lay person and first clergy person, this June will not begin their terms until August of 2016, and they will not assign Bishops until the 2020 episcopal elections. One reason for this, among several, is this allows the committee four years to prepare, pray, converse, and plan before they are called to make episcopal assignments. Our current members to this committee for the 2016 assignments are Jane Finley (laity) and Sharma Lewis (clergy.)

Issues at General Conference can be a determinative factor in how a person votes for delegates as well. Voting for persons who can be counted on to always stand on one side of a matter or another can make a difference for some. Note that "representative" is a word often used in regards to our elected "delegates."  Our Book of Discipline calls for us to send ”delegates” who will “think and let think.”

Delegates have the honor and responsibility of voting as God leads rather than to simply reflect the desires of the voters who elected them.  Holy conferencing within any Christian group discussion, ( but especially at General and Jurisdictional Conferences,) assumes an open mind and spirit to God’s leading. Delegates are blessed with the obligation to listen, think, and act with the Spirit of God giving guidance. Delegates are trusted to follow God’s leading as their primary motive in all they do on our behalf.

Many are most sensitive of this aspect of the vote. The delegation, once elected, has the opportunity to place one (or more, or none) clergy in the role of being the primary nominee to the episcopal election at Jurisdictional Conference, held just a few months after General Conference.

Who is eligible to be elected to the conference delegation from the clergy?

Every clergy person eligible is assigned a number that will be used in the election process. This list of numbers has been provided via email and on the conference website, it will also be distributed at annual conference registration.  If a person doesn’t have a number it usually means they are not eligible for election. See the eligibility rules at ngumc.org/electionsAC2015 for details, though.

Who is eligible to be elected to the conference delegation from the laity?

Laity have a specific procedure to identify and elect persons to the conference delegation.  With more than 1,400 lay members at annual conference representing nearly 360,000 people in our local churches, the laity print a booklet of persons who desire to be considered and are willing to publicly identify their interests as a way of assisting the laity in considering who they want to vote for. Find this booklet at the back of the annual conference handbook.

Voting for individuals is done with assigned numbers. For laity there are two ways to get a number. The first is to be included in the laity booklet where a specific number is listed along with each person’s bio.  The process of getting listed in the booklet is open to all eligible laity (deadline is passed for this option).  A second way to get a number is for a lay delegate to receive at least 10 write-in votes on any given ballot.

As you can see, the entire voting matter is something to be approached prayerfully and thoughtfully. There are many layers to the election and because one layer or another may appeal to different persons, it can be challenging to the inexperienced to know what is happening and what the ramifications may be as each ballot is taken and reported. The approaches I have lifted up are not the sum total of the considerations, but give an sample of the decision-making process.

The delegation does a great deal of important work on behalf of the United Methodist denomination and is worthy of prayerful discernment.  If there is a time to rise up and think for oneself, this is a good place to dig in.  The delegation is a body of people who have authority and influence in critical areas of the church for four years.  They deserve to know that each was prayerfully and thoughtfully elected and confidence has been shown in who they are as they lead us into the world as a church deeply rooted in the Christian faith. In the end, we trust that the Counselor Spirit will have ready access to each person "punching in numbers on the remotes" and that what is right, good, and true, will carry the day.