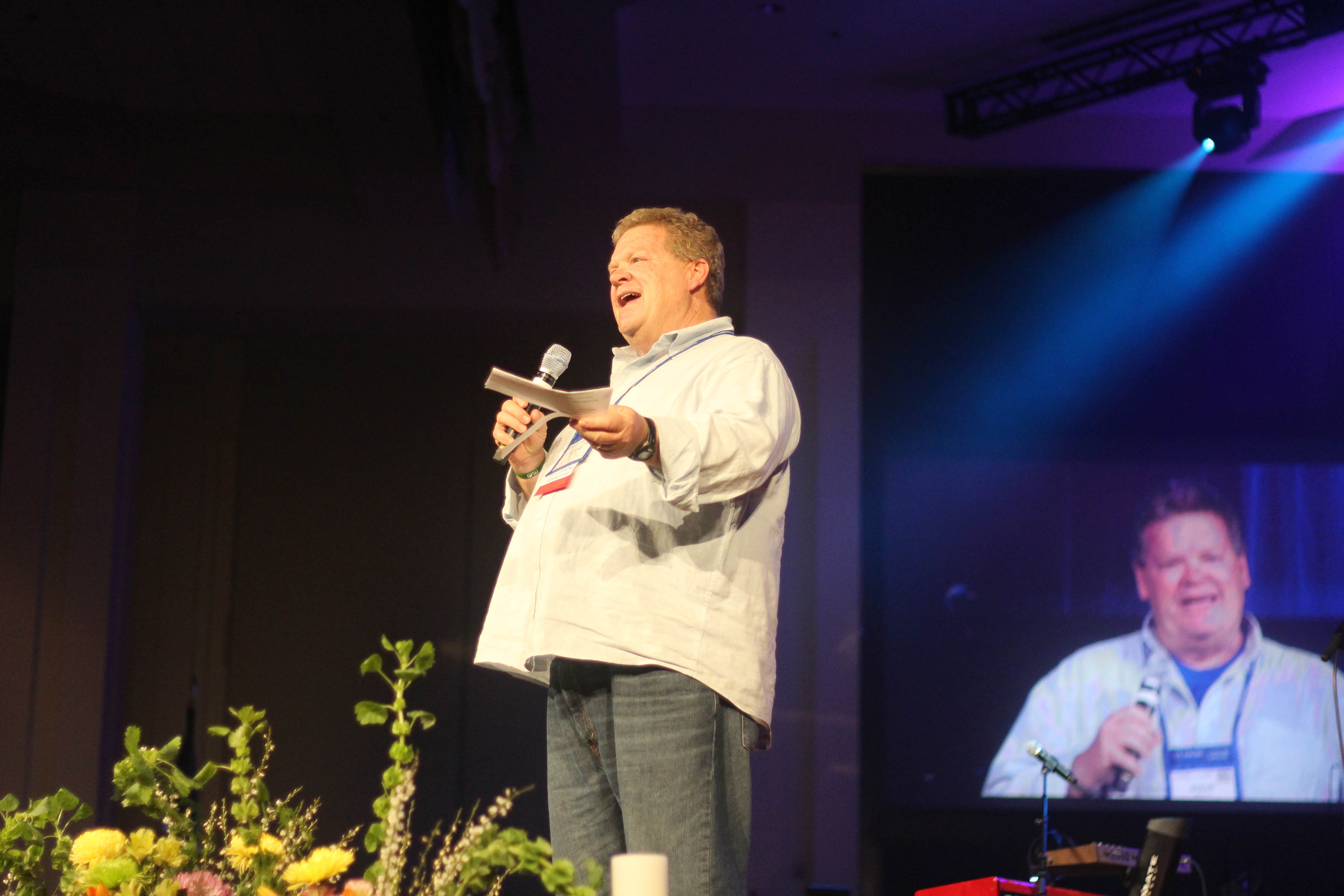 Mount Pisgah played host to some of United Methodists’ largest churches around the country. Partnered with the General Board of Discipleship, The Large Church Initiative invited several inspiring church leaders to the conference in Johns Creek, Georgia to speak for Continuum:  Engaging All Generations, April 28th-30th.

Dr. Timothy C. Tennent hosted a workshop Tuesday on the positive impact of North America’s immigration patterns on the evangelism of The United Methodist Church. He first goes through the history of Great Awakenings within Christianity. Then reveals that a “new” Great Awakening is stirring within United States churches where English is not a second language.

Tennent explains that Jesus is reaching the world through “reverse immigration”.

“Maybe God is saying, ‘okay, if you won’t go out and share the gospel with the world, I will bring the world to you,” he says.

Maintaining this way of evangelism will secure the United States as the Christian capital, he explains. Immigrants are the most likely to either accept Christ, or to already be Christians once they arrive. When they return to their home countries, they share what they’ve learned and experienced through the church, expanding Christianity across the globe.

Tennent asked a question on how conferences can prepare their new pastors for ethnical changes in the community their appointed to. Several attendees responded with inspirational stories of how their churches make sure all races feel welcomed in their churches. Leaders were eager to receive advice on the topic, one even asking how to handle congregants that harvest a fear of immigrants, Muslims especially.

Tennent responds simply, “Even if they were our enemies, what does Jesus say? Either way, the answer is the same.”

Speaker Jorge Acevedo has lead one of the fastest growing churches in Methodism for 15 years. After finding rescue from a life of addiction, this leader of Grace Church took part in building one of America’s largest and most successful recovery ministries, containing over 700 people in weekly attendance.

However, Acevedo revealed that numbers are not important to him.

“Faithfulness precedes fruitfulness,” he explained, in reference to calculating Average Worship Attendance. “I’m tired of defining our sense of value through one number.” 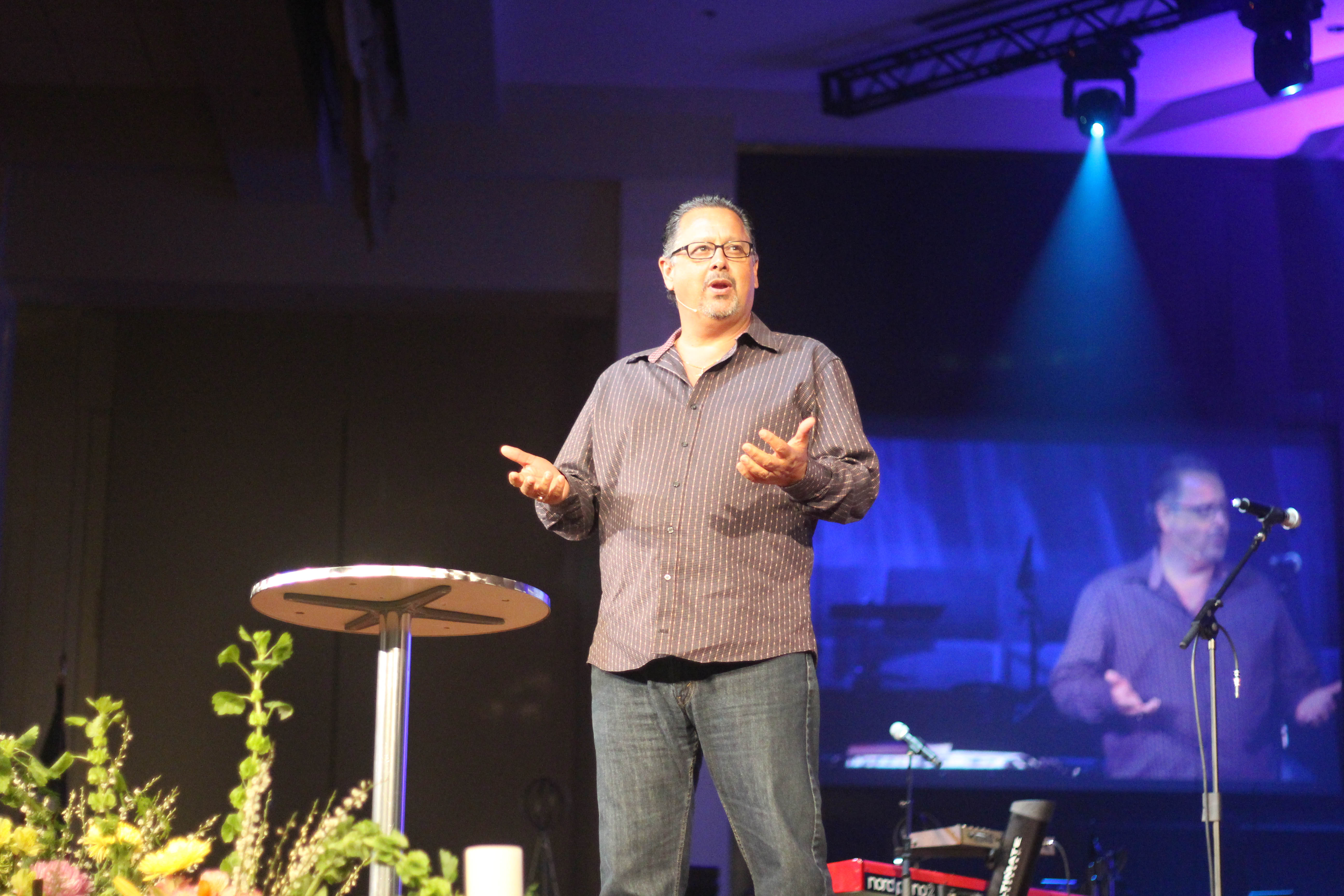 Acevedo expressed the importance of creating a community, because too many people struggle by going through ministry alone. Abiding is another key point he brought up. The keynote speaker shared on Tuesday that 72 percent of pastors do no complete daily devotions.

“The yoke of Jesus is still a weight,” he stressed.

The last and most difficult piece of staying faithful, according to Acevedo, is pruning. After sharing one of his most difficult seasons, he assured listeners that “cleansing” from what deters one from the path of God can bring growth, despite being painful at first.

Acevedo has been busy this week within the North Georgia Conference speaking for several occasions and ages.

The final speaker was a Mount Pisgah member with an extraordinary story of how God took his well-established talent as a fashion photographer and used it for the glory of His kingdom.

“God moves the dots around,” photographer Michael Belk starts, after Rev. Steve Wood explains their unexpected relationship that formed before Belk even moved to Georgia.

He tells of his love for his work with big fashion names like Vogue and Nautica, but soon felt a tap from God that he would not ignore, despite the battles it would entail with time, work, and money. Belk was given a vision of the journey of Jesus parallel to today’s world.

Journeys with the Messiah was born in Matera, Italy, where time after time the artist sought to create nearly impossible images that he discerns were only completed by God, who was provided a director’s chair at every shoot.

Throughout the conference, Belk’s table attracted a light stream of interest, but it did not compare to the swarm of amazed participants that crowded the area after he shared the images and stories of several of his pieces. Each slide bringing a new set of emotions to the audience and a new example of how God will use all talents for glory.

Rev. Steve Wood closed the event with powerful words that brought most out of their pews and to the alter. Everyone left with renewed minds and a sense of preparation for future generations.

The attendance of Continuum reached 444, from 32 states. 64 participants were Georgia residents. Next year’s conference, “Imagine”, will be hosted by The Woodlands United Methodist Church in The Woodlands, Texas, April 20-22nd. Visit www.lci2015.com for more information.