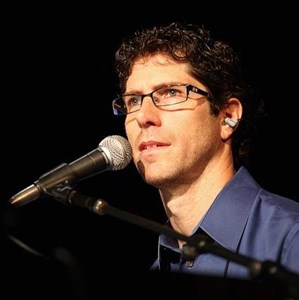 We want to introduce the musicians that will be assisting with the 2015 North Georgia Annual Conference of the United Methodist Church.

Meet Chuck Bell - Music Director for this year's Annual Conference - He will also be lending his skills on piano/keys/vocals/accordion/recorder/acoustic guitar and anything else that he might be able to fashion into an instrument. Chuck Bell has served in Methodist churches full-time as a Music Director and Worship Designer since 1996, but has also served in worship ministries in other denominations since 1988. Over the last 18 years, he has actively planned and produced over 3,500 corporate worship services in varying worship styles. He served as the Coordinator of Musicians for the 2012 General Conference of the United Methodist Church, where he assisted Dr. Marcia McFee in planning and musically directing and executing 27 worship services in 10 days. Currently serving as an independent consultant through his company Chuck Bell Music, he is nationally known as a clinician, arranger and musician. He has worked with churches from the North Georgia Conference of the United Methodist Church, as well as in other states, assisting Worship and Arts Ministries with planning, organizing and the redesigning of traditional and contemporary services and the exploration of new opportunities in a wide variety of denominational and non-denominational churches. He has organized and lead worship bands for local and national retreats and conferences. From 2000-2011, he served as the full-time arena organist for the NHL’s Atlanta Thrashers. He is a graduate of Webster University in St. Louis, MO, and holds a BM with an emphasis in Commercial Music (film scoring and jingle writing). He currently resides in Dahlonega, GA, with his spouse, Kim, daughters, Lucy and Blakely. He is often quoted with these words “The opportunity to play alongside others for a ‘greater’ purpose has been a driving force for my passion. I am in a pursuit for God though music, and invite others, on a regular basis to join me on that journey. It is at those moments when I feel like I’m doing what God created me to do.” You can find his musical arrangements, original music and consulting information at www.chuckbellmusic.com or at chuck@chuckbellmusic.com