Connexion Church Reaches Covington Community One Movie at a Time 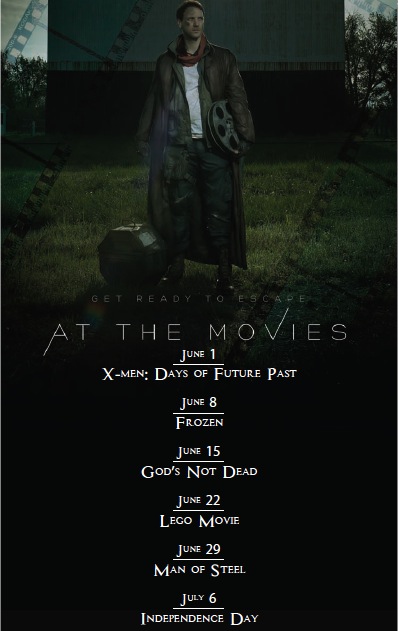 By Ansley Brackin
Communication Specialist for The North Georgia Conference of the United Methodist Church
Rev. Andrew Covington of Connexion Church beat the summer lull that many churches experience in their service attendance by creating a summer series with short commitments and multi-generational appeal.

“If people go on vacation and miss a Sunday they can become lost when they come back,” Covington says of why families often avoid attending a summer series.

The lead pastor focuses on a different movie each week.

Now in the middle of its second summer, the series features recent films to provide an explanation of the gospel through relatable subject matter. The same message is preached in both the Saturday night and Sunday morning services.

The series made its highly anticipated return on the weekend of May 31 with “X-Men: Days of Future Past”, followed by “Frozen”, and “God’s NOT Dead”.

“We talked honestly on how sometimes we get hurt by the church and we want to walk away; but we need the church and can’t walk away.” Rev. Covington related these feelings to those felt by “Frozen” heroin, Elsa, on Pentecost Sunday.

“But, if we all meet at the foot of the cross we can all reconcile there.”

Connexion’s “test run” of Saturday night services has been attracting young people in the area since its debut in March. In an effort to bring even more young worshipers to church, they played one of the movies for the Rockdale Youth Soccer Association. Afterwards, attendees were invited to come hear the sermon on the movie the following day.

“People are excited to invite their friends to church,” says Rev. Covington, who typically sees around ten new faces each weekend.

The main goal of the series is to bring fun into summer services while continuing to grow the congregation of Connexion Church. 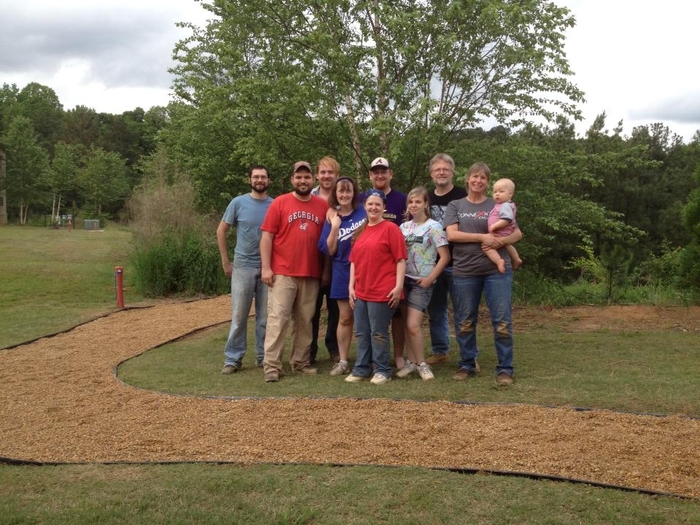 Connexion Church has had a successful year of serving and engaging the community of Covington. After completing their move from the gym of Peachtree Academy to Covington First UMC’s Wesley Chapel in December, Rev. Covington has eagerly taken advantage of their permanent space.

Instead of travelling elsewhere to serve, Rev. Covington decided to reach out to the community around the church, setting up shop in their own space for Mission Week. Their local services included providing fun and games to the United Day Center, aiding in various improvement projects for the Rockdale Youth Soccer Association, making 250 lunches for hungry kids in the area through Action Ministries’ “Smart Lunch, Smart Kid”, and creating a prayer path and landscaping at Lighthouse Village and Phoenix Pass.

Connexion Church’s next sermon series, “All In”, will close around their one-year anniversary.  Rev. Covington hopes to begin their second year by reaching out to incoming college students at Oxford College. They hope that by doing this, their Saturday night service at 5:15 will continue to be a valuable asset throughout the year.

Andrew Covington also made his on-screen debut in Congregational Development’s video on “20 Things Churches Could Do More Often”, featured in their Annual Conference report.

Learn more about the actions and growth of the church on their website and by liking them on Facebook.
News