Every year our annual conference has the honor of selecting three individuals from within the conference who exhibit unusual and outstanding efforts for their work in Christian evangelism. Since 1981 the North Georgia conference has been presenting the Harry Denman Evangelism Award to help draw attention to evangelism at the local church level and honor persons who, in their daily lives, are effective in helping others to experience the transforming love of God through Jesus Christ.

The Harry Denman Evangelism Awards are sponsored by The Foundation for Evangelism and are awarded in conferences around our denomination.  These awards honor United Methodist clergy, lay, and youth persons in each annual conference and are named after the late Harry Denman, who was himself a lay person whose passion was helping others to know Jesus.  If you would like to see a complete list of those who have received this awards in the past, for any conference, you many do so on The Foundation for Evangelism’s website (http://foundationforevangelism.org/) and going to the Harry Denman Evangelism Award page under the Recognition section of the website.

For the past 34 years, the North Georgia Conference has honored clergy and lay persons with this award at Annual Conference. The persons who receive this award do so because their life and ministry have changed peoples’ lives. The size of the local church with which the persons are affiliated, the age or gender of the persons, nor the length of their service limits anyone’s eligibility. (Note: the youth award is limited to individuals who would be considered students - college age or younger.)

Every year, the North Georgia Conference Evangelism Team begins receiving nomination forms for clergy, laity and youth throughout the conference, usually around the first of January. All the nominations are then thoroughly reviewed by a team of individuals, who then have the difficult responsibility of selecting just three individuals from amongst those nominated that will receive the conference award. Every year, the conference receives many nominations for some great witnesses for Christ, but only three of them are honored to receive the award.

For 2015, the conference recipients are: 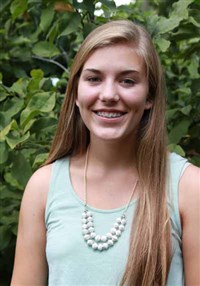 Jordan Kelecheck is 17 years old and has been an active member of Conyers First United Methodist Church for the last six years. Jordan just completed her junior year at Georgia Cyber Academy.

In Middle School, Jordan went on a mission trip to Honduras which seemed to spark her heart for missions. She attended the trip and came back and led a flip-flop drive in the church to aid all of the children she had encountered while in Honduras.

Since that initial trip, Jordan has continued to embody the Great Commission here at home and abroad.  She is filled with compassion for the poor and afflicted, and consistently finds missions or creates new ones to fulfill the purposes to which she feels called.

Last year Jordan spent an extended period of time in Uganda, Africa.  She is currently going to Haiti two to three times a year to minister to the people there.  She is also actively involved in ministering to the homeless of her hometown of Conyers. Jordan may only be a teenager, but she is seen as one of the best motivators for missional endeavors that Conyers FUMC has within the church and community. She has been found rallying her congregation together around both home and global missions.

Jordan is already making connections abroad for becoming a full time missionary. She is actively applying to programs that focus on Missionary Work and would be on the mission field full time tomorrow if it was possible. Already, she has rearranged her school schedule and has taken advantage of a program that allows her to do public school from home so that she can spend extended periods of time out of the country.

“Jordan embodies a passion for helping those in need like no other student I have seen.  She understands her relationship with Christ to be played out through how she connects with those around her and around the world.  She allows her life to be a conduit for Christ's love to flow through her.  So much so that she has rearranged her school schedule and social calendar in order to travel to other countries and minister to the people.”
Joshua Hudson, Youth Minister at Conyers FUMC. 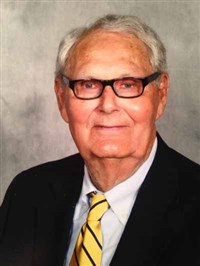 Gene has had an unsurpassed heart for the sharing the gospel ever since he met the Lord so dramatically in a local ER, thinking a case of indigestion to be a fatal heart attack. Since that point, he has never hesitated sharing the Creator’s plan of salvation with any who might doubt their place in the “Kingdom.”

Gene has traveled around the globe in his efforts to reach the lost, traveling to New York, to Mexico, to England, to Belize, to Italy, to Honduras, to the Ivory Coast, and making yearly trips to the Appalachian Mountains.  When he encounters people who are searching for the Lord, despite any language barrier, he speaks with them making the most of every opportunity and by graceful conversation seasoned with salt, he leads many of them to Christ.  Hundreds to thousands of peoples’ lives have been changed because of Gene.

He has traveled to many areas that are poverty stricken.  He has shared in prisons, schools (including a Muslim school on one trip), and on the streets.  He has handed out Bibles through the Gideons, repaired homes, and distributed food and clothing.  Because he has allowed the Holy Spirit to use him wherever he is needed, widows of coal miners, impoverished children, hungry parents, and prisoners are given hope in Jesus Christ.

He has taken many other church members with him on these trips, and all come back with a new enthusiasm and increased commitment to the church.  Everyone who has traveled with him is amazed at his gift of evangelism.

“Gene is more like Jesus than anyone I’ve ever met.  I pray that I’ll one day be able to see people like he sees them.”
Rev. Billy Beard, former Associate Pastor of Dalton FUMC (now serving Hopewell UMC in Tyron) 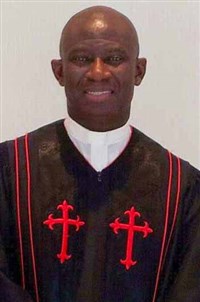 Reverend Gregory has been a pastor in the United Methodist Church for eighteen years. He has been serving as the pastor of Golden Memorial UMC in Douglasville for the last eight years. Before his current appointment he served on the Burns - St Mary Parish Circuit for ten years.

When Gregory was appointed to Golden Memorial in 2007, the church had 200 members and was in a financial crisis. It was unable to pay its bills and was close to being foreclosed on by the bank. Today, the church is sound financially, has 1,100 members with an average attendance of 585 in three services. Last year the church had 37 professions of faith, 24 baptisms, and 80 enrolled in the confirmation class. These numbers tell the story of a lot of people knowing Jesus because of Gregory’s labor among them in Douglas County.

“It is evident that something special is happening at Golden Memorial UMC. You feel it when you walk in the door.  You sense it when you talk to the people at the church: members, staff, and volunteers. You really experience something exciting is happening during any one of the worship services.

“Gregory has a wonderful, humble spirit and he provides impassioned leadership. He loves the Lord and people and it shows in how he deals with people openly and honestly. He demonstrates his passion for Christ in his life, his witness, his ministry, and his priorities.”
Rev. David Naglee, District Superintendent of the Rome Carrollton District.

In addition to these three conference recipients, the North Georgia Conference has had a tradition of asking its district superintendents to select someone from within their district to receive a district version of the Harry Denman Evangelism Award.  The recipients who have been selected for this year include: