The Southeastern Jurisdiction Association for Native American Ministries held their conference at Lake Junaluska June 27th-29th. Roughly 140 were in attendance.

The North Georgia Conference’s Teresa Angle-Young attended for her first year and, after seeing the diversity of participants, returned with new inspiration for the conference’s own CONAM.

“This is not a gathering for Native American people, it is a gathering of anyone interested in the culture,” she explains.

One does not have to be a representative to be a part of the conference or ministry. United Methodists of all ages only need a little curiosity to come to North Carolina’s beautiful retreat for eye-opening worship with singing, dancing, and drumming performances.

Many SEJ conferences have a proud but struggling Native American Ministry.

Several conferences, however, carry a thriving ministry that takes advantage of the unique weaving the groups create between the Native American culture and Christian faith. The Tennessee Conference’s CONAM is driven at a district level and has a Native American representative within their conference office. “Native Moccasins Rock” is the ministry’s very own retreat hosted at Lake Benson. Lodgers can attend informational workshops on Native American history through art, medicine, genealogy and more.

Other strong ministries of the culture reside in the Holston Conference and in North Carolina, successfully reaching out to the 100,000 Native Americans in the state. 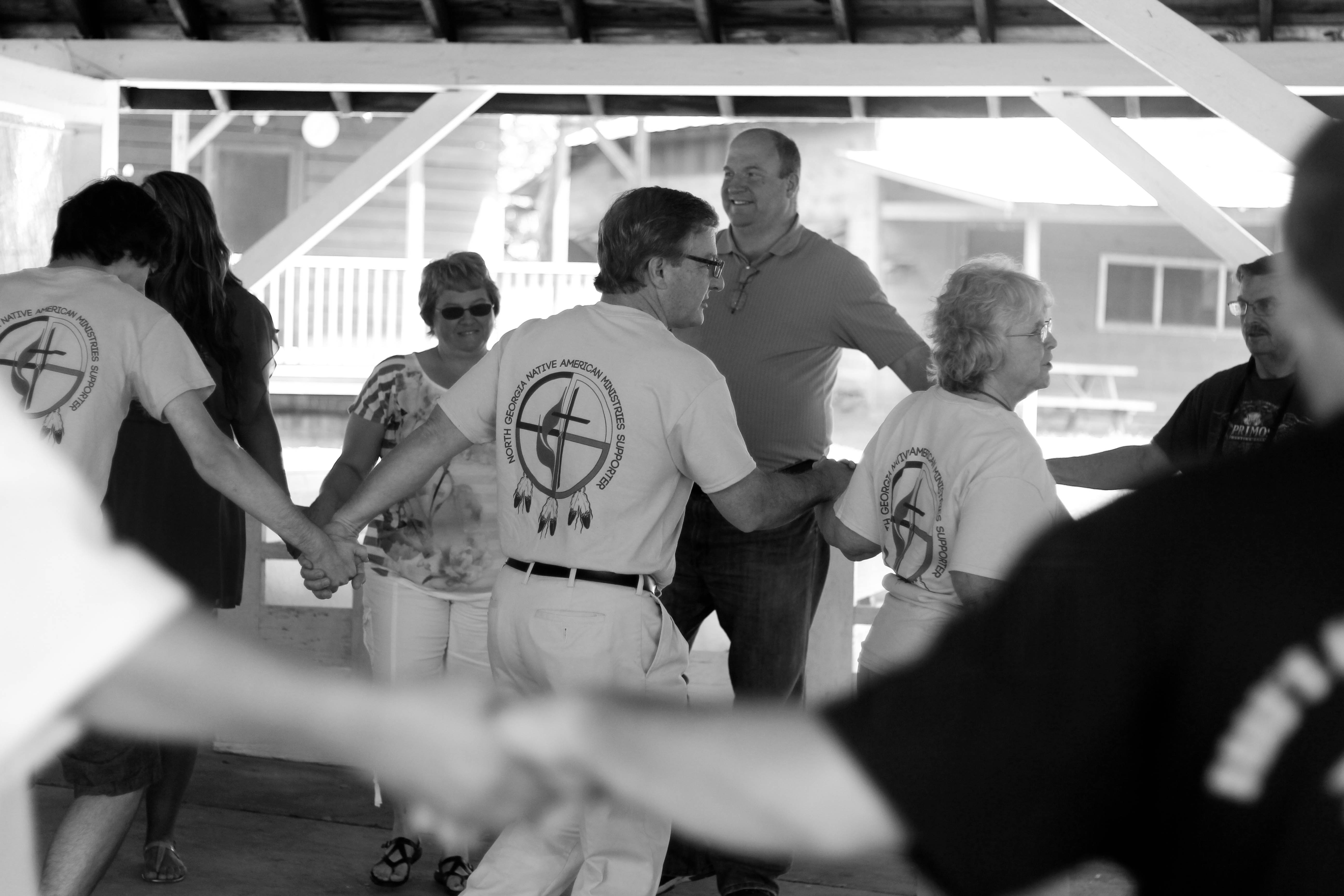 While North Georgia’s CONAM is a passionate group, it is small and desires to have a stronger voice by bringing people in to learn about the culture and how to honor it in a United Methodist frame of mind. Those who visited Pine Log Campground on May 4th in honor of Native American Ministries Sunday witnessed the storytelling of historical walks of faith and struggle, similar to those found in the Bible.

“If any people were treated the way Native Americans were treated,” Angle-Young says of both the past and present, “no one would put up with it.”

The North Georgia Conference Native American Ministries seeks to follow in the footsteps of the Tennessee Conference, and offers to provide assistance and activities for any church with a passion for this ministry.