Eastside Church Does Not Color Inside the Lines 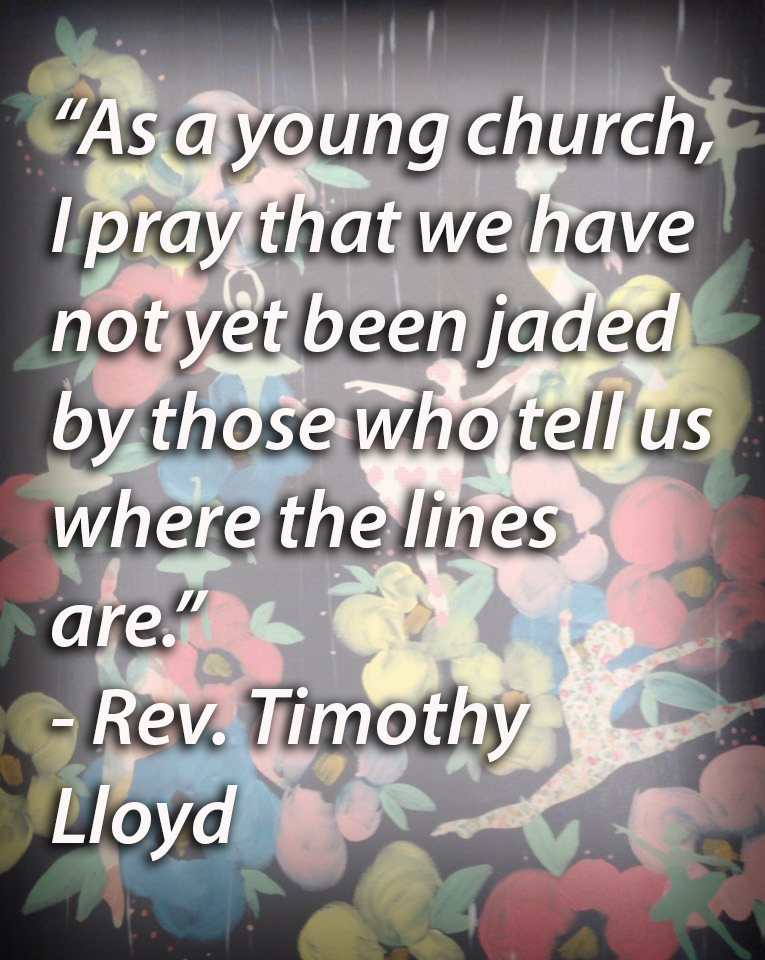 Tyler Jackson and wife, Natalie, longed to be included in a ministry that would restore the artistic path on which Christianity once thrived. They now find themselves cultivating such a ministry in Eastside Church, now merged with East Atlanta Village’s Martha Brown UMC.

“Christianity used to be at the forefront of art,” Tyler explains. “Now, the arts are often more production-based, like children’s plays for Easter and Advent.”

While he respects these efforts to include creative outlets within the church, Tyler believes there are ways to expand congregational creativity outside of the liturgical calendar.

In 2011, as the couple sought to produce an art ministry outlet to serve year-round, it was recommended that they get in touch with Timothy Lloyd, a pastor seeking to plant a church on Atlanta’s east side founded on four key traits: Creative//Historic//Inclusive//United Methodist.

Their friendship has resulted in Tyler Jackson becoming the Pastor of the Arts and enhancing the creativity of an eager congregation. There is always a new project at hand, such as the current task of painting murals together in the children’s classrooms. At the very least, there is always a new piece of art to be seen on Sunday Mornings.

Since Eastside’s first Sunday, volunteered artists use the span of both the 9:30AM and 11AM service to create a visual piece inspired by the sermon. These works of art range in a variety of mediums, from charcoal and pastel work to painting to multi-media collaging. The pieces decorate the inside of the historic building, a collaboration of old and new.

“This part, the painting that happens, is also spirit lead and hopefully enhances the worship experience,” Jackson says of incorporating a visual interpretation of each sermon. 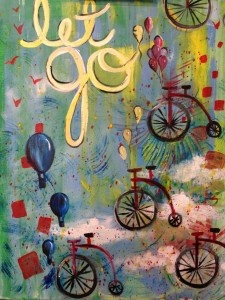 As time passes more congregants accept the call to be a worship artist.

“The arts are intimidating to people, it’s foreign,” Jackson says. “Part of having it on Sunday morning is to get people used to seeing the artwork.”

The Pastor of the Arts hopes to “break down people’s insecurities with creativity” by giving them the opportunity to watch a work of art come to life right in front of them.

“There’s usually a gap between viewers and a completed work.”

Jackson finds that there is a different reaction when people see it come together.

“They feel like they’re personally involved in that piece and can more easily make their own interpretation.”

Creative in the Community

Eastside’s art ministry is not contained within the walls of the church. It spreads throughout the city of Atlanta, reaching other churches, various organizations, and citizens outside of the congregational circle.

Before moving to Martha Brown UMC, art exhibitions were held to display not only the work of its members, but also the work of other local artist. Their first exhibition took place on a Good Friday. Participants were asked to portray the seven last words of Jesus. The paintings were displayed during the service of seven “sermonettes”.

After its success, they decided to host more art shows. They based their themes usually on pieces of the bible, like the Philippian letters and Psalm 22.

In an effort to attract more artists outside of the church, they decided in February to offer a more general theme of “Wants and Wealth”. The event involved visual works as well as poems, scripture readings, and music.

In March, Eastside hosted a community art event with L-Arche, a group of people with and without developmental disabilities residing in the Atlanta area. The event consisted of various creative activities, including a table where participants rotate around a piece of paper with crayons and pencils. The result was a collaborative abstract art piece.

“It allows them to see [the drawing] from different perspectives,” Tyler says. “They start trying to draw in their own spaces but over time they’ll cross into each other’s areas. It’s kind of wonderful, watching them realize ‘oh I can draw all over’.”

Afterwards everyone came together to share what they thought of their handiwork. Having received high praises, both groups hope to continue regular community art events.

Eastside plans to further expand their artistic influences by offering workshops where the congregation can join with other Atlanta residents in art classes for both adults and children. Jackson hopes to take advantage of current empty spaces to provide classrooms.

Offering a comfortable classroom setting could influence members to step up to the plate as reflection artists on Sundays.

The Pastor of the Arts has connected with several other creative churches of various denominations within the area. He has found inspiration in their ministries and projects, such as providing “open art room hours” where people can use provided supplies to create. 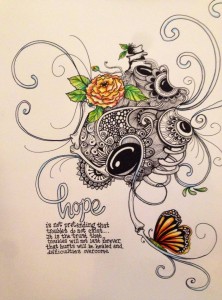 There is hope of forming a collaboration of these churches to refresh the Christian art scene and return it to its prominent position.

Lead pastor, Rev Timothy Lloyd recently preached on the Creative aspect of Eastside’s personality. Being a church, he says, is more than coloring outside the lines.

“Embrace the blank white page,” he said of breaking out of the textbook methods of both creativity and Christianity. Too soon, he mentions, are children pulled away from the endless possibilities of a white piece of paper, and instead given coloring books of lines and boundaries. The same can be said for young churches.

“As a young church, I pray that we have not yet been jaded by those who tell us where the lines are.”

See photos from their many create projects and programs HERE
News