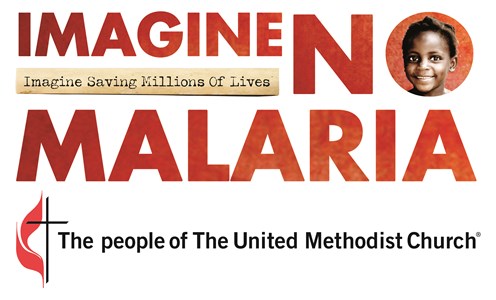 What has been done so far? Has it made a difference? What about Nothing But Nets? What is the fundraising goal? What can I do? Find answers below to these and other questions as North Georgia officially joins the effort to Imagine No Malaria.

"Everyone knows that fifteen minutes can save you as much as 15% on your car insurance." At least that is what a television commercial for an insurance company tells us.

Something that everyone does not know is that a child dies every 60 seconds from malaria, a fully preventable, fully treatable disease. Over 650,000 people will die this year from a disease that was virtually eradicated in the United States about sixty years ago. 65 percent of those deaths are children under the age of five and pregnant women. 90 percent of those deaths occur in sub-Sahara Africa.

A campaign called Nothing But Nets was created in 2006 by the United Nations Foundation in partnership with the National Basketball Association, the United Methodist Church and others. This effort was very successful in educating the U.S. public on how easy and affordable it is to support widespread prevention of malaria in Africa.

In 2008, following the success of Nothing But Nets, the United Methodist General Conference approved a more comprehensive approach to fight malaria, called "Imagine No Malaria”. Imagine No Malaria is an integrated plan of action, focusing on four key areas: prevention, education, communication, and treatment.

Imagine No Malaria continues to focus on the simple, cost-effective, and highly successful use of insecticide-treated mosquito nets. These nets are still the best way to prevent malaria. Community health workers instruct families why it is critical to sleep under a bed net and how to properly care for this life-saving tool.

Other measures like draining standing water, trimming foliage and promoting proper sanitation, are also critical. Imagine No Malaria trained community-based volunteers teach about these principles as well as identifying symptoms and dispelling myth about malaria.

For nearly two centuries, The United Methodist Church has worked in collaboration with our brothers and sisters in Africa. Currently we operate more than 300 hospitals, clinics, and health posts across Africa, all part of a comprehensive program to fight this killer disease. These facilities need rapid diagnosis kits and life-saving medicines to treat people who have contracted the disease.

Our efforts are making a huge difference. Imagine No Malaria is active in 16 countries in sub-Sahara Africa. 13 national health teams have been organized to oversee and carry out the work. 11,600 volunteer workers have been trained and 2.3 million nets have been distributed.

In 2008, the General Conference, set a high goal of raising $75 million for Imagine No Malaria to save 7.5 million lives. More than $62 million has been raised, equating to more than 6.2 million lives saved.

By 2013, United Methodists helped to reduce the death rate to a child dying every 60 seconds, a 50 percent reduction in just seven years.

We are called to do more. The fact that over 650,000 people will die this year from a fully preventable and treatable disease, is not satisfactory. United Methodists have always responded to suffering with love, compassion, and action. Through Imagine No Malaria, we are showing the world what can be accomplished and how disciples of Jesus can transform the world.

Forty-five Annual Conference are now engaged in this fight. Our goal of raising $75 million is in sight. Now the people of North Georgia have the opportunity help us to cross the finish line.

Our goal is to eliminate death and suffering from malaria on the African continent by the end of 2015. Every one of our North Georgia churches can help. Each individual United Methodist can help. Between now and next year’s annual conference, here is what you can do:

Dr. Jamie Jenkins is the Imagine No Malaria Field Coordinator for the North Georgia Conference.