Baby Boomer Events Prepares the Generation for Things to Come 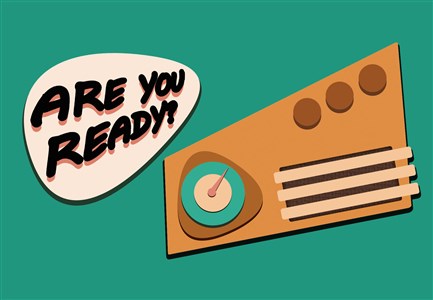 Bruce was chosen as the featured speaker for “Are You Ready?” to encourage those in the Baby Boomer generation to maintain a healthy mind, body, and spirit. The events also encouraged attendees to utilize this healthy trifecta when becoming involved in a church family.

She started her discussion by diving into the past. Participants were asked to share the most memorable events, music, film, and fashion of their childhood and young adult years. They reminisced exuberantly over the moon landing, the voice of Frank Sinatra, and the first African American television show, Julia. The group also shared a mixture of emotions as they recalled the assassinations of John F. Kennedy and Martin Luther King, as well as the times of tension during the process of integration and the attack on Pearl Harbor.

Attendees then lined up by age group as Bruce asked the group to finish quotes from various pop culture references. Her point being that it’s easy for everyone to remember things that make a lasting impression, but things like remembering grocery lists and where one parked his or her car are equally important when it comes to keeping the brain and body healthy.

While at Peachtree Road UMC on Saturday, a longer and more in-depth event, Bruce thoroughly discussed the importance of leadership, more particularly in the church. Everyone participated in some hands-on creativity by making their ideal churches out of newspaper.

She deciphered several myths and realities of baby boomers in terms of retirement, healthcare, stereotypes, and aging. These assumptions can peg the generation incorrectly and can cause them to misidentify their abilities and ways of learning.

Bible study for Baby Boomers, Bruce explained to both churches, is less about learning and being guided, and more about discussing and “taking things apart”. They want to know how it relates to them.

With 77.3 million people in the Baby Boomer generation, churches struggle to find a place for everyone. The generation is stuck between people who struggle to differentiate between tradition and dogma, and people who want to completely change and modernize every aspect of worship.

“The only thing that likes change is a wet baby,” Bruce jokes, but every generation must face it and recognize its potential.

One explains their imaginary church closed its doors because, “newer residents in the community are not attracted to the type of worship provided.”
Another blames the congregation for putting funding into the building itself rather than into the ministries.

“We welcome you, wherever you are in your spiritual journey,” one positive article reads, “even if they are in blue jeans and have blue hair,” another adds.

Baby Boomers and those who love them left “Are You Ready” feeling more in tune with their worth and capabilities, both in church and throughout the rest of the world.