After taking a break during the school’s centennial year, the Bill Mallard Lay Theology Institute (LTI) at Candler returns in 2015-2016 with an eye to the history, theology and polity of The United Methodist Church. “Holy Conferencing: From Wesley to 2016” will focus on the origins of the early Methodist concept of conferencing and consider the role of the practice in weighing current issues facing the denomination’s upcoming General Conference, to be held in Portland, Oregon in May 2016.

The Rev. Dr. Anne Burkholder, director of the Mallard LTI and dean of Methodist Studies at Candler, says the phrase “holy conferencing” is used in Methodist circles in ways that assume we know its meaning.

“With the approach of the 2016 General Conference, the time seemed right to focus on questions about holy conferencing—what are its origins, does it have significance for us today? We want to get at those questions,” says Burkholder. “This upcoming General Conference has the potential to be a pivotal event in the life of the denomination, so the topic is worthy of such in-depth attention.”

That in-depth attention will take the form of two separate sessions—one in the fall and one in the spring—featuring four of Candler’s Methodist Studies faculty and respondents who have had extensive experience with the General Conference over the past 40 years. The fall session is in October 2015 and the spring session is in April 2016. Lunch is included in the registration cost of $50 ($25 for students). Register here.

Holy Conferencing: Its Origins in Wesley and What It Became In the Earliest Days of the Methodist Episcopal Church
Saturday, October 17, 2015 | 9 a.m. – 3 p.m. 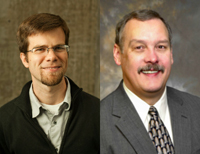 Assistant Professor of Methodist and Wesleyan Studies Kevin Watson will address John Wesley’s understanding of conferencing as a means of grace and its impact on the development of early Methodism. The Rev. Dr. Herchel Sheets 52T, delegate to six General Conferences, will respond. After lunch, Rex D. Matthews, professor in the practice of historical theology and Wesleyan studies, will speak about the emergence of the “Conference” in 1744 and its evolution as a staple of the early Methodist Episcopal Church in the United States. This presentation will set the stage for the spring session. 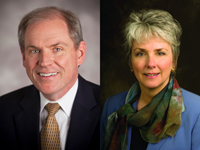 Thomas W. Elliott Jr., assistant professor in the practice of practical theology, will speak to the role of the General Conference in key issues of the last century. Bishop Charlene Kammerer, retired bishop of the Western North Carolina and Virginia conferences, will respond. In the afternoon session, Anne Burkholder will discuss issues facing the 2016 General Conference, and Bishop Jack Meadors, retired bishop of the Mississippi Conference, will respond.

This is the first time that the LTI has dealt with one issue in multiple sessions and with multiple speakers. “This year’s institute is meant to showcase Candler’s Wesley and Methodist scholars,” says Burkholder. “While our work overlaps at certain points, we each bring a unique perspective to the table, and we all believe that this issue merits the extra time and voices.”

The Bill Mallard Lay Theology Institute at Candler School of Theology offers theology seminars for laity of all denominations in partnership with a variety of congregations, and a curriculum that provides excellent theological education for a lay, ecumenical student body. Designed to bring the gifts of Candler’s faculty to laypersons, the institute was named in honor of the late Professor Emeritus of Church History William “Bill” Mallard, one of Candler’s longest-serving and best-loved professors.