Tom Long to preach in Faith & Science Series on 'Day 1' 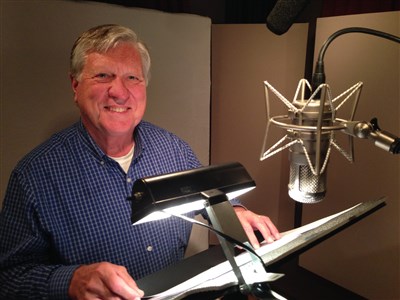 Long is the Bandy Professor of Preaching Emeritus at Candler School of Theology at Emory University. He is a graduate of Erskine College and earned his M.Div. from Erskine Theological Seminary and his Ph.D. from Princeton Theological Seminary. He is the author of 21 books to date. The most recent, “What Shall We Say? Evil, Suffering, and the Crisis of Faith,” was named 2011 Book of the Year by the Academy of Parish Clergy. Long is an ordained Presbyterian minister.

The series featuring outstanding ministers and scientists explores major issues of science today with a goal of facilitating meaningful conversation around these issues particularly among people of faith. The Rt. Rev. Nicholas Knisely’s sermon for Oct. 18 is “Quantum Physics and Eternity.” The Rev. David Wood’s sermon for Oct. 25 is “The Image of God and the Secret of Life.” The Rev. Dr. Nancy Duff’s sermon for Nov. 1 is “Hear the Animals Singing: The Bible and Genetics.”

In addition to the radio program sermons, brief videos featuring the series speakers will be made available on YouTube and at Day1.org.

“Day 1” has been broadcast every week for 70 years, formerly as “The Protestant Hour.” Featuring outstanding preachers from the mainline denominations, “Day 1” is currently distributed to more than 200 radio stations across America and overseas. The program is produced by the Alliance for Christian Media, based in Atlanta.