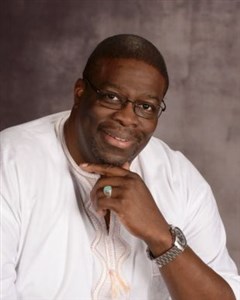 Bishop Martin D. McLee, leader of The United Methodist Church’s New York Area, died Sept. 6. He had been on leave of absence due to illness since July.

He was elected bishop in July 2012. Bishop Marcus Matthews, leader of the Baltimore-Washington Conference and president of the Northeastern Jurisdiction College of Bishops, laid his hands on McLee during the consecration service.

“Since that day, I have worked closely with Bishop McLee and seen what a great servant of God he was,” Matthews said. “From his words and his work, it is clear that Bishop McLee cared for the church and was God’s champion for millions of marginalized people in the NEJ and throughout the word. Through his work with those who remained on the margins of society and the church, Bishop McLee embodied our call to serve all of God's people.”

Matthews asked churches to observe a moment of silence in honor of McLee and to offer prayers for the bishop’s family.

Bishop John Schol, leader of the Greater New Jersey Area, also called for prayers for the family as well as the people of the New York Area, and he paid tribute to McLee.

“He was a dynamic preacher, creative worship leader, and a faithful and fruitful spiritual leader,” Schol said in a statement.

McLee had led the New York Area since Sept. 1, 2012. Retired Bishop Neil Irons has been leading the area as interim bishop since McLee went on leave.

Early in his days as bishop, McLee conducted a “listening tour” in the New York Conference, where he told church leaders that he did not “have a master plan for New York and Connecticut, but I serve a Master with a plan.”

During his brief time as bishop, he was no stranger to tragedy or controversy.

He was with the congregation of Newtown United Methodist Church in Connecticut for a somber Sunday worship, two days after the shooting rampage at Sandy Hook Elementary School in December 2012.

McLee told the grieving congregants that messages of care and love “have been received from across the world, from Zimbabwe and nearer. Many are connected in our pain. We are not alone. In the midst of our pain we are not alone! And we give thanks that God is our Comforter, and we say, ‘Amen.’”

That month, United Methodist leaders announced they had reached a "just resolution" without a trial in handling a complaint against the Rev. Thomas Ogletree, a retired United Methodist seminary dean in the New York Conference who officiated at his son’s same-gender wedding. At the news conference, McLee also called for “the cessation of church trials” related to same-sex marriage.

While the denomination officially states that all people are of sacred worth, it also says that the practice of homosexuality is “incompatible with Christian teaching.” Church law forbids its clergy from performing same-gender weddings. Pastors disregarding the policy have been subject to formal complaints, which in some cases have led to church trials.

“Church trials produce no winners ... trials are not the way forward,” McLee said at the time.

McLee was not bishop long enough to see many of his plans for the New York Conference come to fruition. But he faciliated difficult conversations the conference needed, said the Rev. Adrienne Brewington, superintendent of the Long Island East District.

"The thing I appreciated most about Bishop McLee was the fearlessness in which he engaged in ministry because of his confidence in Jesus Christ," she said. "One thing we often heard him say in the cabinet room was: 'It will be difficult but that is no reason not to do it.'"

She said that sentiment empowered her in her own ministry as a district superintendent.

The Rev. William S. Shillady, executive director of the United Methodist City Society in New York, credited McLee with pushing the conference toward excellence in urban ministry and toward reaching new people, including new immigrant populations.

He exemplified the kind of relational evangelism that was needed, Shillady said. For example, McLee became an unofficial pastor to the people in his barbershop.

"He modeled for us what it means to reach people outside the traditional church setting," Shillady said.

McLee also had a gift for reaching out to both young people and those who were young in ministry, Shillady said. The bishop routinely gave out his cell phone number to seminary students and new pastors. "They felt he was their pastor and their bishop," Shillady said

McLee was a trendsetteer, Shillady said. The bishop would rap at joyful occasions and take selfies with many of the congregations he visited that he would then post to Facebook. He often brought a sense of celebration to Christian life.

Both Brewington and Shillady said losing McLee is a shock to many in the conference. Brewington asked for people's prayers for the New York Conference.

Prior to his election as bishop, McLee was superintendent of the Metro Boston Hope District of the New England Conference.

A native of Brooklyn, New York, he answered the call to ministry at St. Luke “Community” United Methodist Church in Dallas, Texas, under the leadership of the Rev. Zan Wesley Holmes Jr.

McLee joined the St. Luke congregation shortly after graduating from law school and immediately immersed himself in the life of the church, including its many social justice ministries, Holmes recalled. Among other activities, McLee sang in the choir, volunteered with the church's prison ministry, served in its AIDS ministry and registered voters. The senior pastor said he was not surprised when McLee announced his call to ordained ministry at a church prayer service.

At McLee's invitation, Holmes preached at the New York Conference's annual meeting in June. "It was just before I arrived he told me he was ill and would not be able to attend," Holmes said. "But he told me he'd pray for me, and I felt his prayers."

McLee served as a pastor in the New England Conference and received the prestigious Ziegler Award for Preaching Excellence.

He had served as adjunct professor of social work at Simmons College and at Brandeis University. He was committed to activism and frequently lectured on issues concerning HIV/AIDS and the faith community, race relations and social justice, and served as a Juvenile Justice Advocate and public school educator prior to entering the ministry.

McLee also served as president of the Northeastern Jurisdiction's Multi-Ethnic Center; vice president of Strengthening the Black Church for the Twenty-First Century Initiative; and on the boards of Drew University, New York Theological Seminary and the New York Methodist Hospital.

McLee was known as a bridge-builder committed to bringing people into relationship with Christ through both evangelism and social justice ministries. The biography posted on his conference website described him as “a servant leader at heart.” It noted one of the guiding Scriptures in his faith journey was Philippians 4:4: “Rejoice in the Lord always; again I will say, Rejoice.”

This story originally appeared at http://www.umc.org/news-and-media/bishop-martin-mclee-champion-for-marginalized-people-dies. Visit www.umc.org for more information as its available.