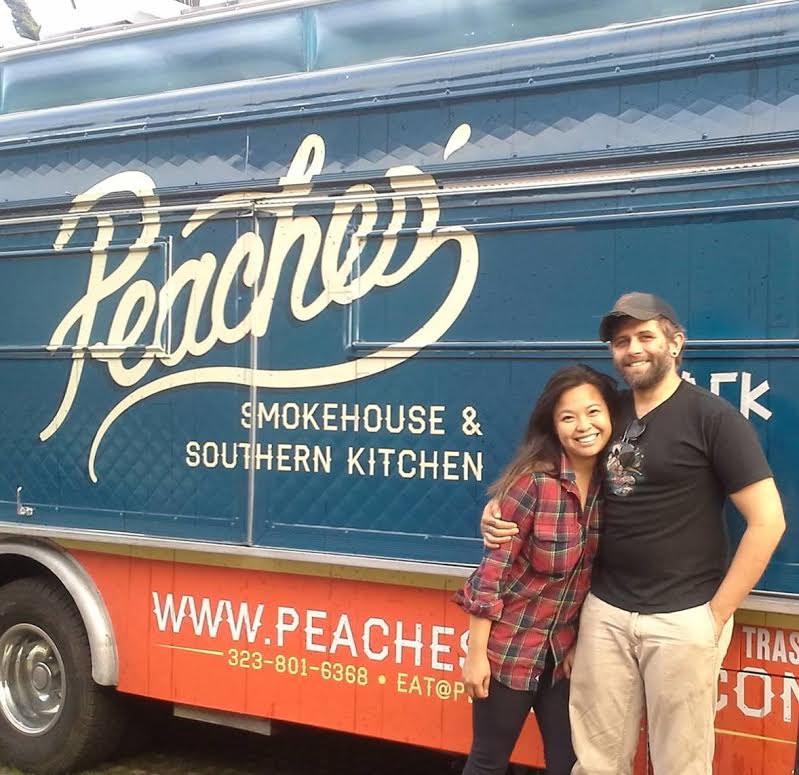 Rev. Kathy Lamon, associate pastor at Gainesville UMC, is a proud mother of son Ryan and daughter in-law Diana, who have found their passion for cooking on the west coast while keeping a southern state of mind.

Ryan and Diana Lamon have had a busy year. After winning the Cooking Channel’s Food Truck Face Off in 2013, their mobile business, Peaches’ Smokehouse and Southern Kitchen, has expanded into Poppy + Rose, a Los Angeles restaurant recently named as one of the “10 Hottest New Brunches Around LA” by Zagat.

Before he put his and his wife’s culinary expertise on wheels, Ryan started cooking in high school for his father’s barbecue restaurant in Hoschton, Georgia. He was working towards a degree in Anthropology at the University of Georgia when his mother could tell that he had hit a wall. She advised that he take time off to discover what his true passions were.

Rev. Lamon does not take credit for her son’s cooking abilities, but does take pride in challenging him to take risks for something he really enjoys.

“If I have a role in his story,” his mother says, “ I see [myself] as the catalyst to get off the treadmill and find something he was passionate about and then encouraging him to go for the different experiences even when the idea frightened him.”

Ryan maintained that mindset when he moved to Colorado and to New York City, where he unknowingly cooked for a restaurant across the street from his future wife’s office building. It was not until Ryan moved to Utah that he and Diana first met. Diana had taken a freelance food writing position after moving to Salt Lake City herself when she was asked to interview the “up-and-coming chef”.

Once married, the couple took a shot at achieving their dream of owning a restaurant together by competing in the Food Truck Face Off in September of last year. Their classic southern dishes hit all the right notes and continues to attract the L.A. community. The food truck recently prepared nachos for Good Day LA and has also made an appearance on Behind the Food Carts.

Poppy + Rose is a mandatory stop in California, especially for a Georgia tourist looking for a taste of home. The restaurant’s Instagram is filled with savory photos of homemade baked goods, and old fashioned Southern brunch favorites.

Rev. Lamon was a Poppy + Rose customer soon after it opened.

“Kathy has always been very supportive of Ryan and encouraged him to pursue his dreams,” Diana shares.

Ryan and Diana, who currently worship at Hollywood UMC in California, hope to on day cook for the Gainesville UMC congregation, but for now the Lamons’ dishes can be found in the DTLA Flower District and rolling around the streets of L.A.