All Are Welcome at Decatur First UMC 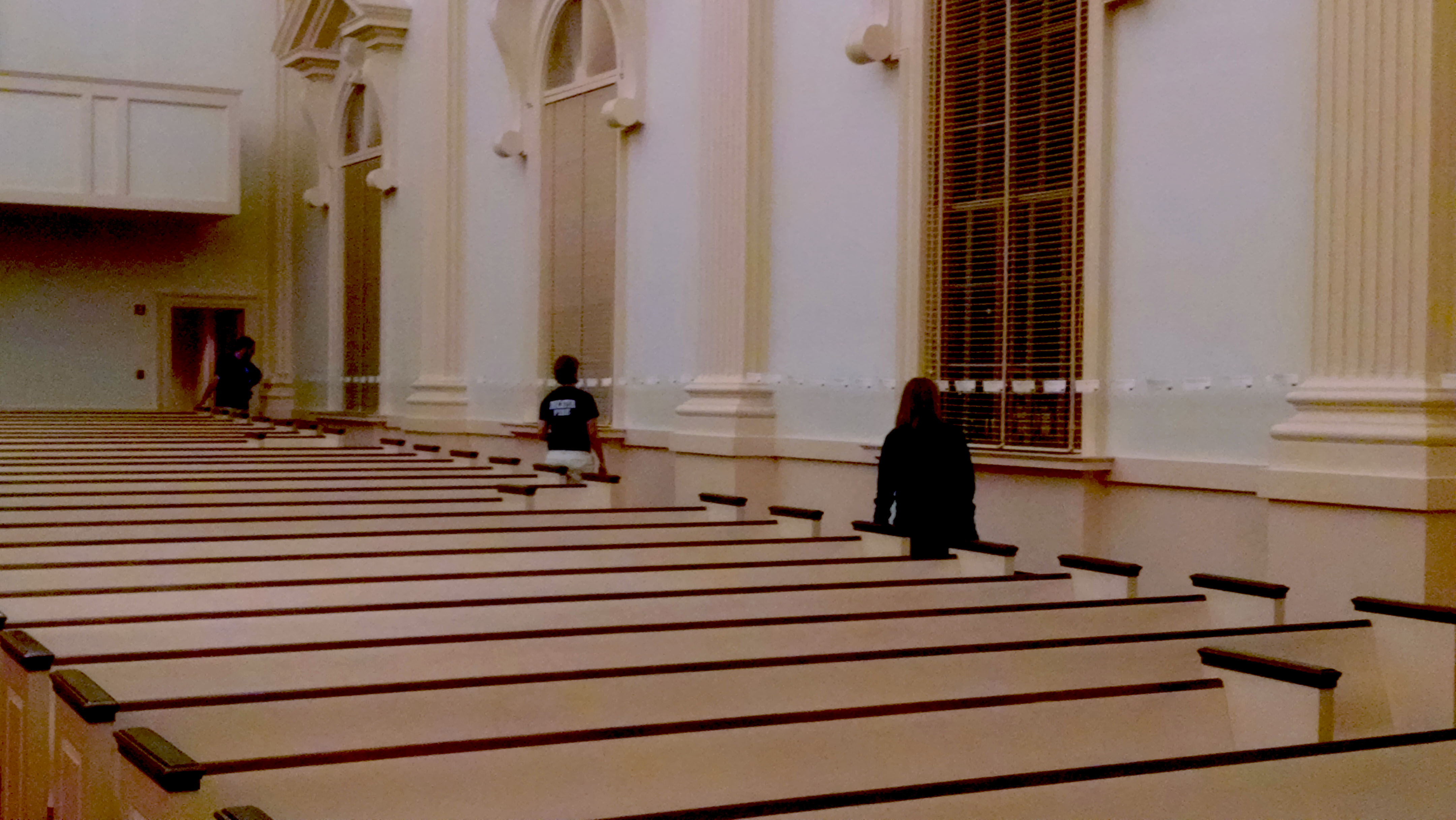 Rev. David Jones and Rev. Katy Hinman of Decatur First UMC continued their sermon entitled “Open Hands” on October 21st as they had the last couple of weeks. During both the Tradition and Come As You Are services, attendees were invited to partake in a writing exercise for that morning’s theme, “Give Me Your Hand,” inspired by one of John Wesley’s favorite scriptures.

The congregants were asked to anonymously write down and turn in their fears, confessions, and things they believe would make them unaccepted by the congregation, and even to God.

The pastors wanted to gain some insight into the church’s struggles, so that they could deliver relevant sermons in the future. While some took the exercise lightly, writing confessions of supporting rival football teams and disliking participatory exercises in church, others wrote confessions and secrets so deep that Jones and Hinman immediately changed their plans for the following week.

“I didn’t want to walk away and leave it all hanging there,” Jones explained.

Instead, he left it hanging on the sanctuary walls.

By typing out each entry to maintain total anonymity, he allowed for his congregants to look around the room covered in the confessions of hurting people. Many had similar fears, struggles, and secret beliefs, all a burden that made them feel unaccepted by all.

Decatur First’s prayer ministry felt called to start meeting in the sanctuary to pray over each confession.

“I had no idea of the depths that people would go when I issued that invitation,” he says.

He repeated some of his “Open Hands” sermon Sunday the 26th to reaffirm to his worshippers that everyone is welcome and loved by Decatur First UMC and the Lord.

“At church, we all want to look so presentable,” says Jones. This stigma is the reasoning behind offering a Come As You Are service, where people are invited to worship without concern over dressing up or looking a certain way.

The pastors plan to leave the confessions up until Advent season to remind members and visitors of how every human is flawed, and insecure in some way, but is still welcome in God’s family.