Carol Cook, who is currently senior pastor of Clayton First UMC, has been appointed as district superintendent of the LaGrange District.

Carol was born in Atlanta and grew up near Forsyth, where she attended Bolinbroke United Methodist Church.

She graduated from Mary Persons High School in 1978 and graduated from Tift College with a Bachelor of Arts in Music Education, majoring in voice. Carol received her Masters of Divinity degree from Candler School of Theology.

Carol currently serves on the North Georgia Conference Committee on Finance and Administration.

Carol is married to Scott, and they have one child, Ryan. 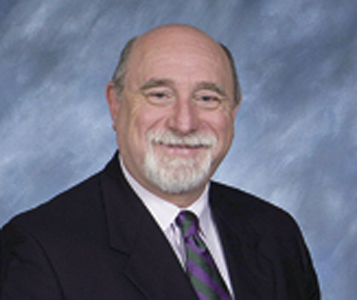 James Cantrell, who is currently the Atlanta-Decatur-Oxford District Superintendent, has been appointed as district superintendent of the Atlanta Emory District.

In addition to pastoring churches in the North Georgia Conference for nearly 30 years, he has chaired both the Conference Committee on Equitable Compensation and the Conference Insurance Task Force, and served on the Conference Council on Finance and Administration. Jim became superintendent of the Atlanta-Decatur-Oxford District in June 2005.

Jim says he firmly believes that the best-kept secret of the United Methodist Church is the laity.  He remains committed to the idea that if the laity see themselves as ministers, they have the amazing potential to make a difference in our world. He says he believes that the pulpit is a place to proclaim the Gospel of Jesus Christ with conviction, courage, love, and compassion.  He expects churches to be supportive of their pastors and denomination.

Sharma Lewis, who is currently serving as senior pastor of Wesley Chapel UMC (McDonough), has been appointed as district superintendant of the Atlanta-Decatur-Oxford District.

Sharma was ordained as a Deacon in 1999 and an Elder in 2002.  Previous appointments include a cross-racial appointment as senior pastor of Powers Ferry UMC from 2004-2007, and associate pastor of Ben Hill UMC from 1999-2004.

Prior to her call to ministry, Sharma was a biologist in the academic and corporate sectors. After answering God’s call to ministry, she entered Gammon Seminary at the Interdenominational Theological Center. While attending ITC she was inducted into Theta Phi Honor Society and was the recipient of numerous honors and awards. In 1999 she earned a Master of Divinity in Biblical studies with honors.

Currently, Sharma serves on the Conference Board of Ordained Ministry, the North Georgia Black Clergywomen of the UMC, and is chairperson of the Griffin District Committee on Superintendency. She was a reserve delegate to the Southeastern Jurisdictional Conference in 2008, is a past member of the Black Church Development, and vice chairperson of the Committee on Church Development. Previously, Lewis served as a North Georgia Conference facilitator of the Lay Missionary Training Course and Contextual Education II at Candler School of Theology.

Howard Wright, the current superintendent of the LaGrange District, has been appointed as senior pastor of Wesley Chapel UMC (McDonough).

Howard became district superintendent of the LaGrange District in June 2007.

While serving as pastor in the North Georgia Conference, he brings additional years of experience in business, finance and the U.S. Army. He has chaired the North and South Georgia Methodist Pastor’s School Board, VP New Church Development, Chair of Church Extension, and served the Conference Insurance Board.

Howard says that his spiritual tenet is to “seek first the kingdom of God and it’s righteousness and all things will be added unto you; …ask and it will be given.” He believes that God prepares us for His work and feels that he is being continually educated to that fact. God’s hand is in the success that his district has achieved.