The Rev. Jonathan Holston, senior pastor of St. James UMC in Atlanta, was elected bishop Wednesday, July 18, on the first ballot of the Southeastern Jurisdiction.  Holston, 53, was elected with 312 votes.  Holston will be assigned to the South Carolina Conference September 1, 2012. 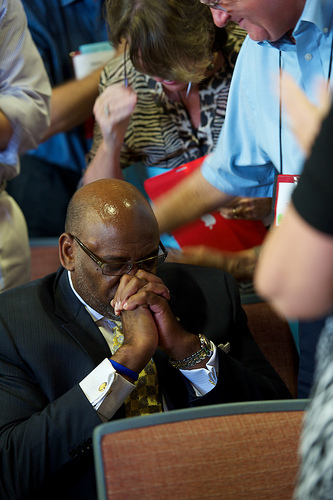 A total of five bishops will be elected by the SEJ, which is meeting at Lake Junaluska, N.C. Holston was first nominated for bishop, though not elected, in 2004. He turned down the opportunity to be a nominee in 2008.

Holston was escorted to the stage by Bishop Mike Watson and Bishop Lindsey Davis from his seat in the North Georgia delgation.

“I have learned a great deal in the past eight years and gained some valuable experience,” Holston said. “It has prepared me for this new role. I am excited about the opportunity to offer leadership in challenging times and help energize people in service to Christ.”

Holston, who was born in Griffin, Ga., earned a B.A. in religion from the University of Georgia and a Masters of Divinity from Gammon Seminary at the Interdenominational Theological Center in Atlanta. Before being appointed to St. James UMC in 2005, he served as District Superintendent of the Atlanta-Decatur-Oxford district (1997-2005).

Holston has also served as a member of the General Council on Finance and Administration (2000-2008); chair of General Conference Finance and Administrative Legislative Committee (2008); the General Board of Global Ministries; a member of the Southeastern Jurisdictional Committee on Episcopacy (2004-2008); Hinton Rural Life Center, Appalachian Development Committee, and the Southeastern Jurisdictional Association for Native American Ministries. 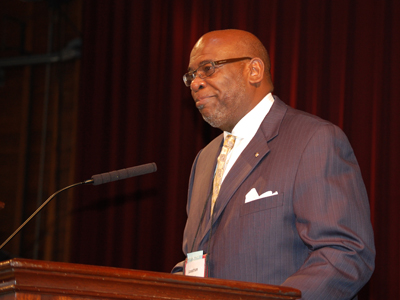 He has also traveled extensively as a Specialist in Missions to Uganda, Costa Rica, Haiti, Honduras, Zimbabwe, Kenya, India, China and Hong Kong.  In his work as the conference disaster relief coordinator, he served on the United Methodist Committee on Relief (UMCOR), the Catastrophic Disaster Response Team (CORT) and as the Church World Service (CWS) Disaster Consultant in Georgia. Holston and his wife, Felecia, have two children, Karlton Maurice and Brittany Jene’.

“I have always had a heart for evangelism and helping people live out their faith,” Holston said. “People who are familiar with my ministry have seen how over the years I have worked to bring laity and clergy together in service. As an itinerant member of the clergy, I go where I am sent and bring with me the willingness to listen and be patient.” 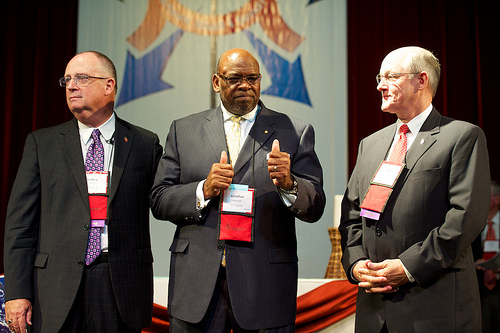 A United Methodist bishop in the United States is elected for life and, although eight years is the standard term for a bishop to serve in an episcopal area, it is not unusual for a bishop to be assigned to one area for 12 years.

Bishops are charged by the church’s Book of Discipline to “lead and oversee the spiritual and temporal affairs” of the church and to “guard, transmit, teach and proclaim, corporately and individually, the apostolic faith as it is expressed in Scripture and tradition, and, as they are led and endowed by the Spirit, to interpret that faith evangelically and prophetically.”

Glenn Hannigan is editor of the North Georgia Advocate.