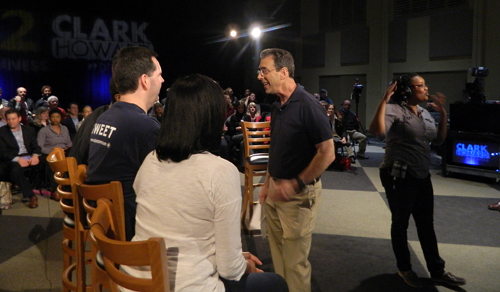 Howard spoke at the Feb. 25 meeting which was attended by job seekers from all over the metro Atlanta area, as well as many community members. Howard lifted up the church's Job Networking ministry as a good example of communities pulling together to help their neighbors get through rough times.

Earlier in the day, more than 500 people lined up for six hours at the curch for the “casting call” by Bill Marinella Casting as part of the Job Networking program. Many were hired on the spot and start next week in a movie that is currently being produced, while others will be starting on a TV program, or called soon for additional needs.