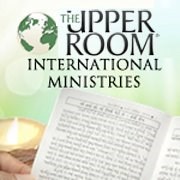 Until now, The Upper Room daily devotional has never been printed in Cuba, and for decades the only copies available to individuals and churches in the island nation were delivered in the luggage of missionaries or shipped from the Dominican Republic.

After years of planning and coordinating with Upper Room staff in Nashville and publishing partners in neighboring countries, leaders from the Methodist Church of Cuba printed the first Cuban edition of El Aposento Alto (EAA), the Spanish language edition of The Upper Room, in January.

“Copies of El Aposento Alto are a rare, treasured resource among the more than 40,000 Methodists in Cuba,” said Sarah Wilke, Publisher and World Editor of The Upper Room and Associate General Secretary of Discipleship Ministries. “Many of them have been aware of – and hungry for – the scant 4,000 copies historically delivered to Bishop Ricardo Pereira Díaz’s office and then distributed to Methodist Churches around the country.”

The first printing of the Cuban edition of the devotional guide nearly doubled the current supply, and there are plans for steady, sustainable growth, Wilke said.

For years, Bishop Diaz, Oscar Carpio Licea, and Samuel Figueredo Pérez, leaders of the El Aposento Alto publishing team in Cuba, have read the devotional guide in their homes. The bishop said his mother, also a devoted EAA reader, wrote many meditations for the magazine long before the Cuban edition was a reality.

“The publishing team of El Aposento Alto in Cuba has as one of its goals to fill the void of devotional literature and to nourish, inspired by the Holy Spirit, the writing of meditations by those that dwell in the heart of each Cuban,” the team recently wrote.

Development of the Cuban edition was underway well before the lifting of sanctions and shift in relations between the United States and Cuba. Conversations about the project began in 2011 when Wilke joined Latin American and Caribbean ministry partners in Brazil for an Upper Room Family Reunion.

In the years since, Blanca Longhurst, Upper Room Coordinator of Hispanic/Latino Relations, Hugo Urcola, EAA manager in Argentina, Carmen Gaud, a former EAA editor, Aldo González, a Global Ministries missionary of The United Methodist Church, and countless others facilitated the process and communications between Diaz and The Upper Room offices in Nashville.

“Holding a copy of the Cuban edition was a dream come true. Many people worked so hard, for so long, and now we see our little labor of love come to life,” Longhurst said.

Dale Rust Waymack, Director of International Ministries of The Upper Room, said much of this project involved hurdles, scrutiny and government approvals that slowed the process to a snail’s pace.

“There is great hope that recent political changes between the two countries will help make the path easier, providing Cubans easier access to resources like The Upper Room,” Waymack said.

For more information about The Upper Room’s international ministries, go to http://international.upperroom.org.