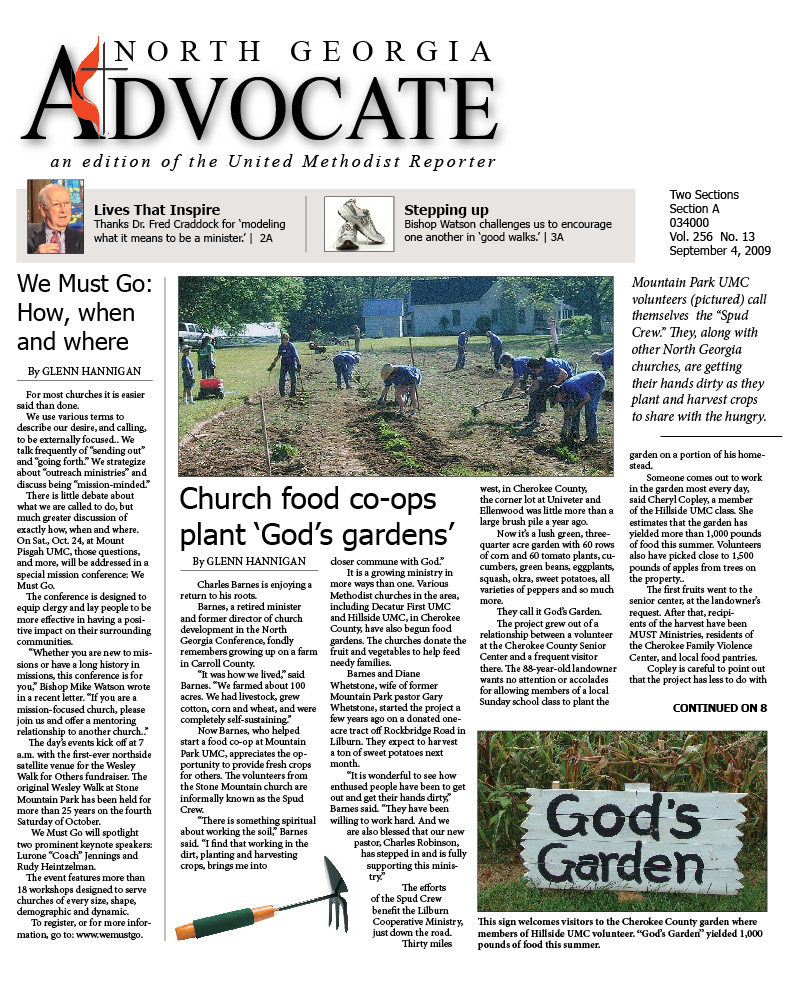 Subscribers to the North Georgia Advocate received their final edition of the newspaper on June 7 of this year, ending a tradition of Methodist news coverage that began in the 1800s. With only two weeks advance notice, the publisher of the Advocate, UMR Communications, ceased operations in May due to financial pressures. The Advocate staff quickly pulled together a farewell issue and was able to mail it before the May 31 closure date.

Though disappointed, the North Georgia Conference staff had anticipated the potential closure of the publication. When the Conference contracted with UMR Communications in 2009, it was on the condition that a fund be set aside to refund North Georgia Advocate subscribers if the newspaper ever stopped publishing.

Over the past several months, the funds in that account have been used to mail nearly 2,000 refund checks to Advocate subscribers for issues not received. Checks for subscriptions that came in after the decision to cease operations were returned by UMR Communications to the North Georgia Conference office. Each of those checks has also been returned to sender.

Though the Advocate has closed, the most popular of the newspaper's features remain on the North Georgia Conference website, www.ngumc.org. Some of those include:


The Conference continues its commitment to communication ministry and has sought new venues to reach a wide audience of North Georgia United Methodists.

With more than 5,000 subscribers, e-newsletters such as the devotional piece "Monday Morning in North Georgia" and the news digest "Weekly Conference Update" remain popular sources of information and inspiration. The Conference social media presence has expanded and now includes Facebook, Twitter, Instagram, Pinterest and YouTube.

For even more resources, information, and inspiration, turn to www.ngumc.org.
News