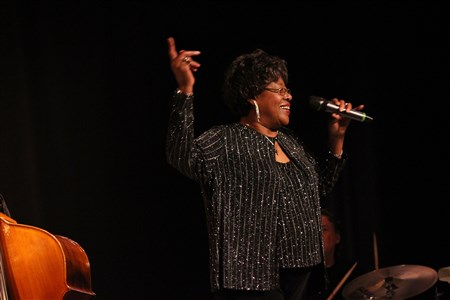 Dunwoody UMC hosted some very special guests for a very special cause on the evening of March 3. In an effort to raise money for Imagine No Malaria, Francine Reed and the Feed & Seed Marching Abominable performed a benefit concert.

Famous for their bright and flashy attire, Feed & Seed opened the evening with a loud, energetic number, dancing in their feathers, sparkles, and twinkle lights. 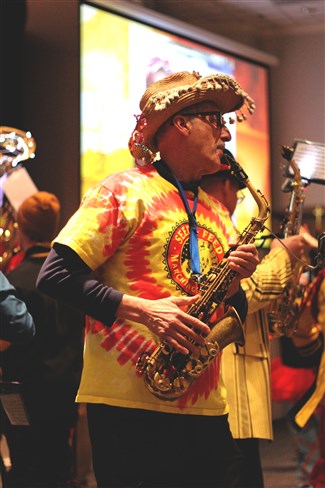 The marching band has been performing since 1974, beginning under the label of theater company. These days they prefer to be classified as “colorful street theater”. The band travels to perform in various events including, parades, festivals, and fundraisers.

After an informative video on Imagine No Malaria, the Jez Graham Trio took the stage briefly before they were joined by jazz singer, Francine Reed. The Atlanta native was honored to help support the fight against malaria, the severity of which she was not completely aware of before being asked to perform.

Reed has opened for musicians like Willie Nelson, Miles Davis, Etta James, and recently Lyle Lovett. She was also inducted into the Georgia Music Hall of Fame in 2014.

The idea for the benefit originated during Jamie Jenkins' birthday celebration. While celebrating during a concert of Reed's with his wife, he thought she would be a great performer for the cause. Reed had happily wished the Imagine No Malaria advocate a happy birthday during her show.

It also helped that he is friends with the singer's pastor, who he texted about the idea.

"A couple of days later [she] called and said Francine would gladly give her time and talent for such a worthy cause," Jenkins said.

Around 150 were in attendance during this special occasion. All ticket sales went to Imagine No Malaria, as well as offerings taken after the show, totaling $4326.64 in donations.


Learn more about Imagine No Malaria by visiting the website.