United Methodist Clergy: They Can Preach AND Dance 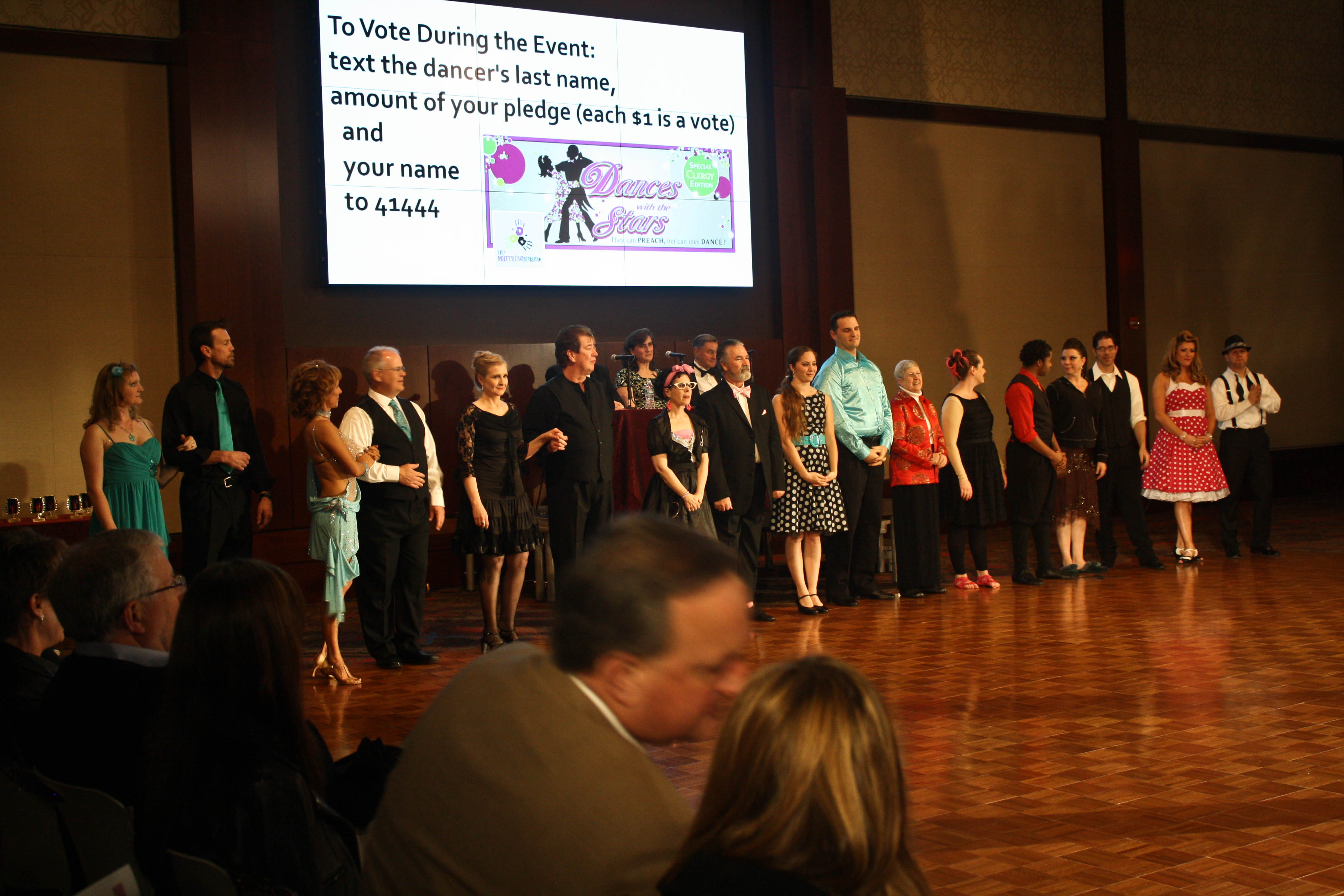 The Matthew Initiative hosted their very first Dances with the Stars event on Saturday, February 1st to raise money for their goal of establishing successful children and youth programs at struggling United Methodist churches.

Those following along with the progress on social media were asked to send a text to a certain phone number with their favorite dancer’s name and dollar amount that they wish to pledge. This continued the day of the big show.

As if dancing Methodists were not enough entertainment, The Matthew Initiative also provided the option of a pre-show dinner. Dessert was donated by Nothing Bundt Cakes and Joy Café and a “mocktail” bar was open before the show and at intermission. 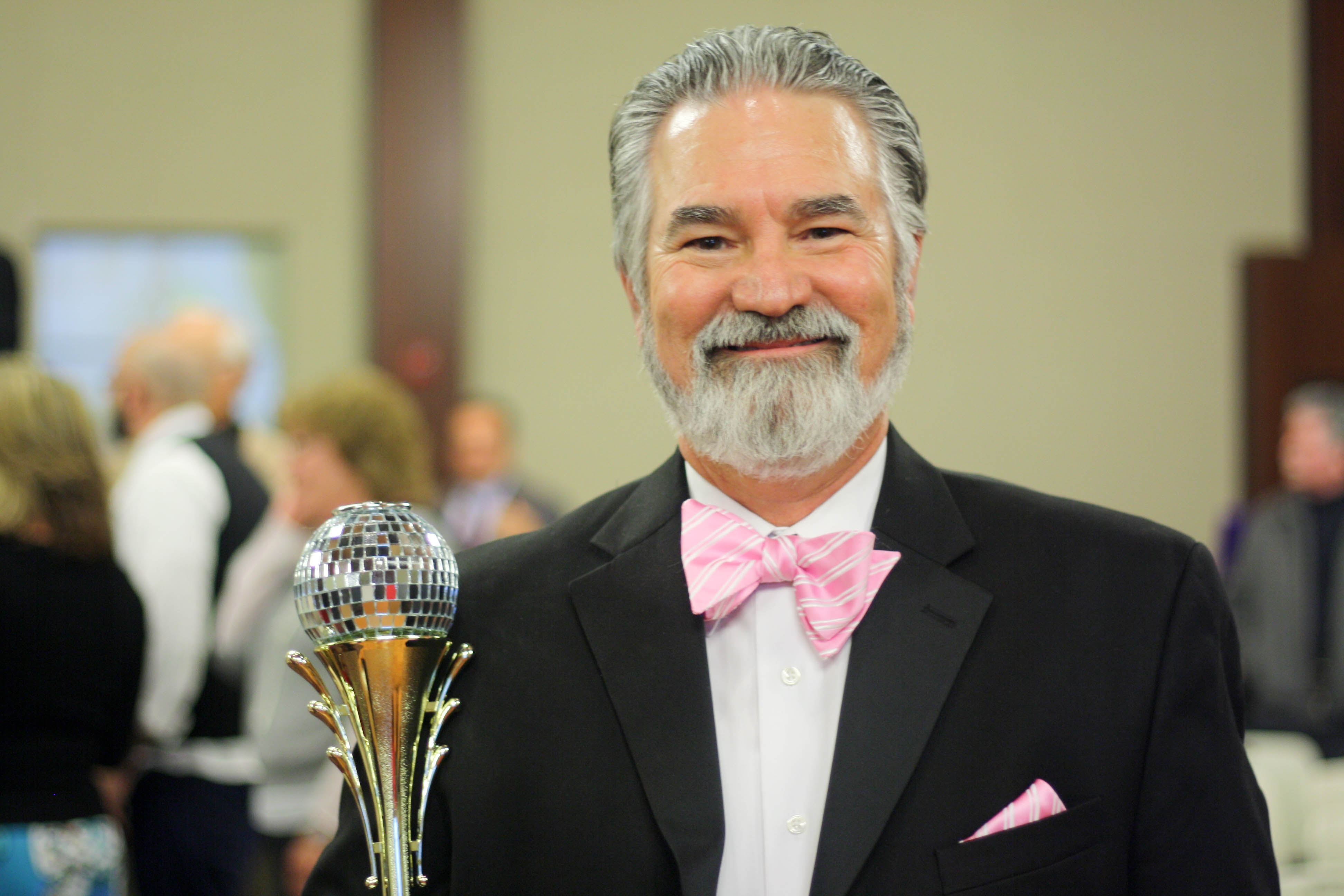 Allen Hoskyn kicked off the competition with his “Robot Salsa” alongside dance partner Kathy Casper. Next, Keith Pritchard and partner Kari Carter stirred up an eruption of applause across the audience.

Heather Jallad and Wayne Abbey received high scores, boosting the competition. However, Bob Winstead won 10’s across the board with his pink attire and his impressive lifts with Heather Kemp. The Pair not only impressed the judges, but inspired the audience enough to take first place in raising the most money for The Matthew Initiative. 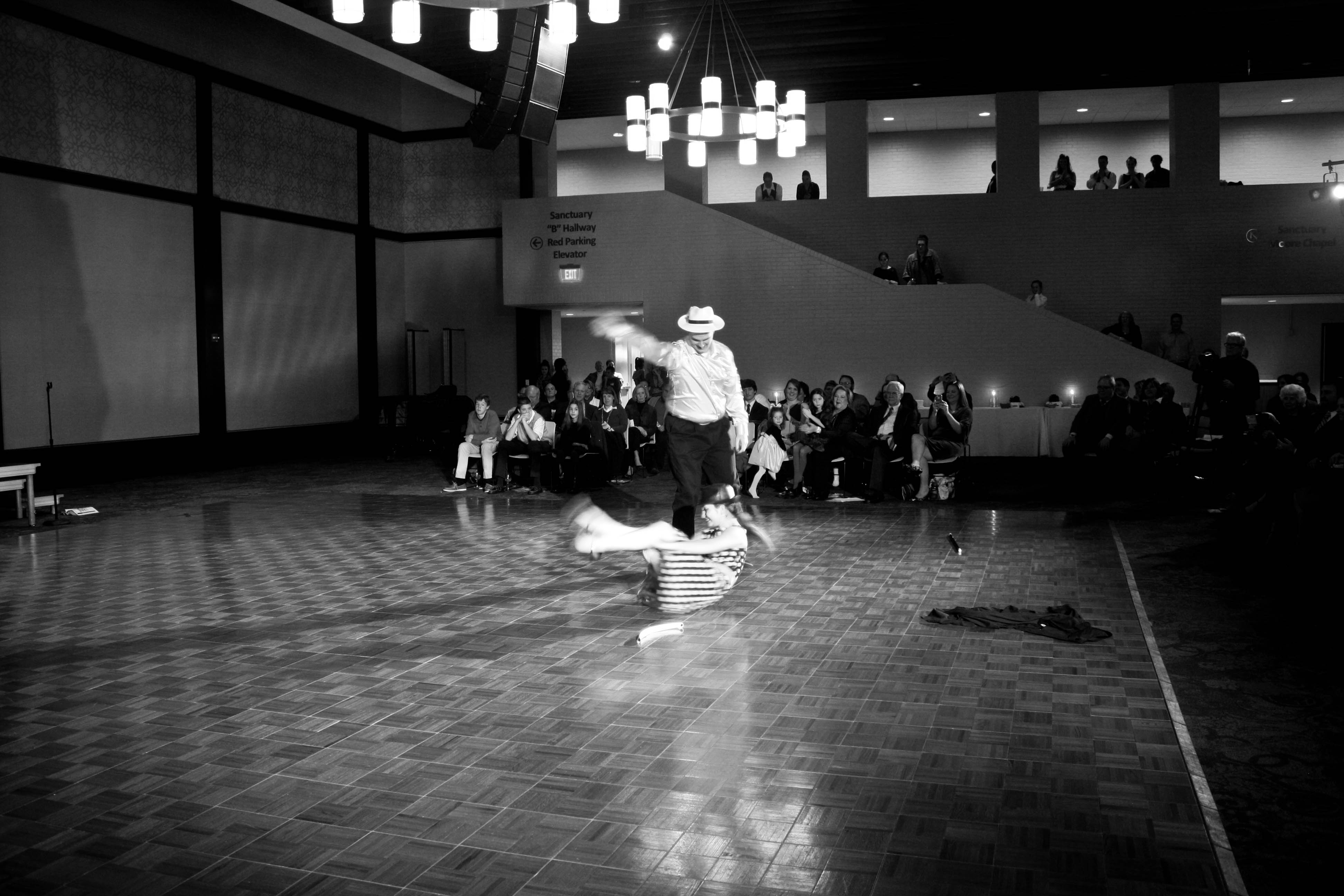 Dave Allen Grady and Marie Harper performed some amazing lifts as well. Their jazzy moves landed them with the special Courage Award, complete with a golden turkey statue. Royeese Stowe was very secretive about her performance plans. She signed onto the competition without a dance partner, but showed up on the dance floor with a posse of Chicken Dancers. They group brought the audience in on the fun as well.

Blair Zant put on an extraordinary performance resulting in a standing ovation with partner Tyrell Johnson. The pair performed a partially interpretive dance that is said to have brought some to tears. Zant and Winstead tied for judges’ choice, each with straight 10’s, but the judges ultimately awarded the top spot to Zant and Johnson. You can watch a video of their performance HERE 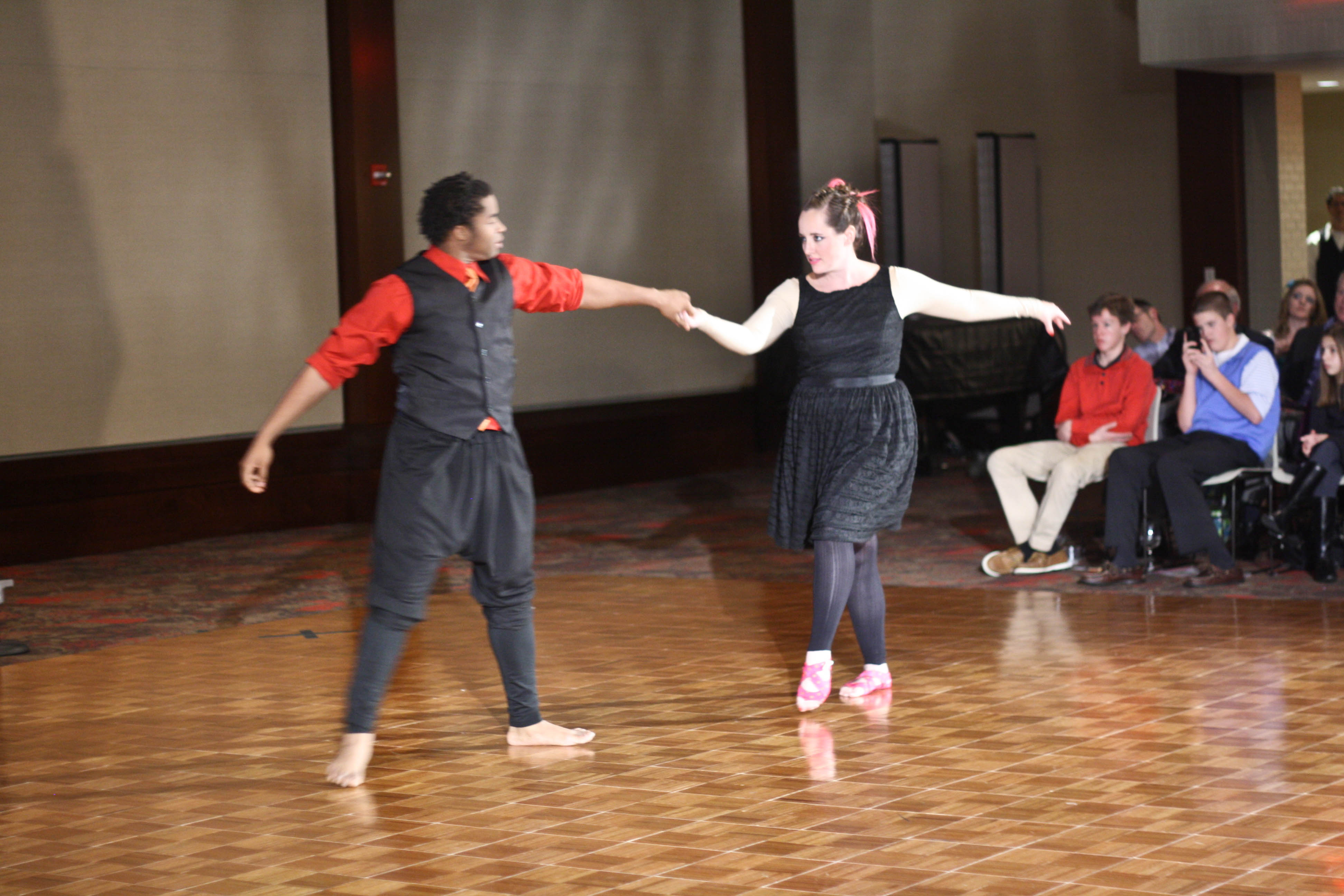 Chuck Bell alongside dance partner Honey Larson, gave a great performance of a slow, but well-choreographed, number. The final contestant was Dave Bernat with his pretty-in-pink partner Carrie Thomas who closed the show with energy and good spirit.

The Matthew Initiative already has plans for Dances with the Stars in 2015 so be sure to like their Facebook page to stay up to date on what they will have up their sleeves for next year’s competition.

View photos from the special night by going to the Dances with the Stars Photo Gallery.
News