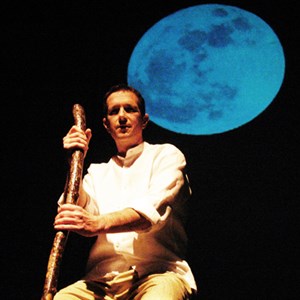 It took nearly five months for Atlanta-based actor Brad Sherrill to memorize all 20,000 words of The Gospel of John.He had plans to present it just once at his home church in Atlanta. But since 2001 Sherrill has performed John's gospel over 600 times off-Broadway and in professional theaters and churches throughout the U.S., Canada, the U.K. and Ireland.
On Sunday, February 23, Sherrill will present his new adaptation and live performance of Exodus (based on the Old Testament story of Moses and Israel's epic journey) at Birmingham UMC in Milton, as part of his curent US tour of churches and theaters.

Watch a preview at http://www.youtube.com/watch?v=Y_57CRWMEHk.