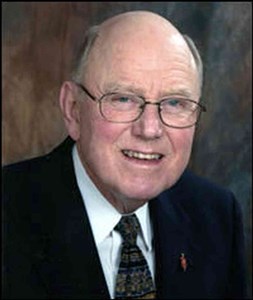 Retired United Methodist Bishop L. Bevel Jones III was given the Day1 Pioneer Award in Christian Communication at the Day1 ministry’s annual benefit on Tuesday, March 18, at a private club in Atlanta. Jones, a religious leader in the Southeast for decades and a retired United Methodist bishop, was a longtime trustee of the Day1 parent organization, the Alliance for Christian Media. His award was accepted by his son, the Rev. Dr. David Jones.

For the sixth year the event honored several leaders who are well known for their commitment to the good of the community, and who also are deeply committed to their church and Christian faith. The event supports the Day1 ecumenical radio and internet ministry (formerly known as The Protestant Hour).

Former First Lady Rosalynn Carter received the Day1 Pioneer Award in Christian Service. Mrs. Carter, who has worked for more than four decades to improve the quality of life for people around the world, spoke about the importance of her personal faith and how it energizes her desire to serve. She is a leading advocate for mental health, caregiving, early childhood immunization, human rights, and conflict resolution through her work at The Carter Center in Atlanta, which was founded by former President and Mrs. Jimmy Carter in 1982.

United Methodist Homer Rice was recognized for his servant leadership in church and community along with representatives from each of the participating denominations on Day1. This year's honorees are:


John Bachman, news anchor for WSB Channel 2 Action News and a trustee of the Alliance for Christian Media, served as the master of ceremonies for the event.

Produced and hosted by Peter Wallace, Day1 is distributed nationally to more than 200 stations each week, including News/Talk WSB in the Atlanta area (AM 750 and 95.5 FM, Sundays at 7:05 a.m.). It is also accessible by podcast at Day1.org.

The award-winning program is produced by the Alliance for Christian Media in association with the Cooperative Baptist Fellowship, the Episcopal Church, the Evangelical Lutheran Church in America, the Presbyterian Church (U.S.A.), the United Church of Christ, and the United Methodist Church.

Day1 began in 1945 when leaders of several major denominations and church-related colleges and seminaries came together with the goal of spreading the good news through radio. Every week since then, the program has presented compelling sermons from outstanding preachers from across America, bringing faith and hope to hundreds of thousands of people around the world. For more information, visit Day1.org.
News