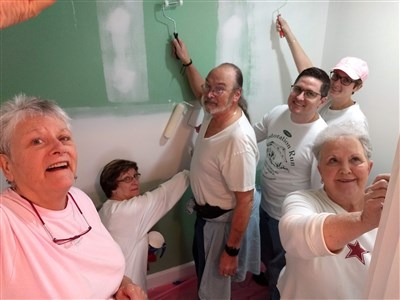 A recent article in the Atlanta-Journal Constitution lifted up the struggle of very small churches where few members are burdened with the cost of building upkeep, salaries, and all the responsibilities of being a local church — responsibilities that were once shared by many.

In some cases, there reaches a point in the life of a small church that the remaining members decide it is best to plan a final worship service and for the church to close. This decision is an act of faith that often leads to a resurrection. Property sales of closed church buildings fund new ministries for new people and further investment in the district. At this time, 75 percent of funds from the sale of a facility stay with the district and 25 percent go toward the Charles Barnes Fund.

Sometimes buildings aren't sold, but are repurposed for new ministry and mission. 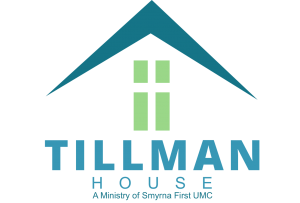 Tillman United Methodist Church in Smyrna is an excellent example. The church was founded in the 1950s and experienced many years of vibrant ministry. Yet, over its last decade membership and attendance sharply declined. A decision had to be made about the church’s future. In the discernment process, an opportunity arose to become part of a missional merger with Smyrna First UMC, a church less than a half-mile down the road.

Led by the Atlanta-Marietta District Superintendent and the leadership from both churches, discussions began about the possibilities. In May 2018, Tillman UMC closed, merged with Smyrna First UMC, and opened its doors once again as Tillman House.

Tillman House is a mission and outreach center for Smyrna and south Cobb County. The focus is on assisting those in need, with an emphasis on hunger relief, housing assistance, and education. With assistance from Action Ministries and community partners, Tillman House launched a food pantry, offers rental and utility assistance, and is home to an after school tutoring program.

The building that once housed Tillman UMC is a light for Christ in Smyrna that wasn’t there before this missional merger. 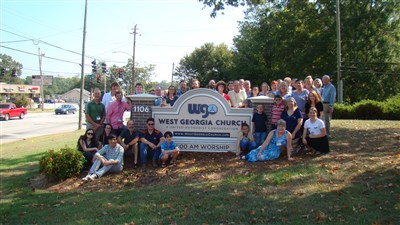 Another example is St. Andrew UMC. In early 2017, an exciting and risky new thing happened in Carrollton, thanks to the St. Andrew congregation. The church closed its doors so that it could be re-established as part of a Vital Merger with the then-closed Wesley Foundation of the University of West Georgia. When Rev. Sam Dawkins arrived to this new appointment, the Wesley Foundation had no students. The church, too, was formally closed. But in less than six months the St. Andrew congregation was able to see the fruits of their leap of faith and the Wesley Foundation geared up for its first on-campus worship service.

St. Andrew’s Administrative Council chair at the time of the merger, Robin Johnson, said that her connection to the church goes back decades to childhood summers in VBS. The church was small and tight-knit, and it was well run. But the congregation wanted more. They wanted to grow and thrive.

As they considered possibilities, the congregation talked about the potential for the future, as well as their attachment to the building, to their traditions, even to their name. When it came time for the church council to make a decision to merge or not to merge, they took the vote anonymously on paper so that anyone who had reservations could voice them without pressure. They opened the slips one by one.

Yes.
Yes.
Yes.
Until every paper had been opened.

The vote was unanimous.

“They said they wanted to be a viable presence in their community,” said then-District Superintent Rev. Dr. David Naglee. “They were willing, even enthusiastic, to do something new.”

Today the church has relaunched as West Georgia UMC and the Wesley Foundation is growing in overall participation, worship attendance, student leadership, and fundraising for the ministry.

“We've been able to hire one of our former students as an intern for Wesley and our associate director is currently involved in the Young Clergy Academy internship program learning about what it means to pursue ministry as a career,” said Rev. Dawkins. “We have also had multiple students express a desire to explore a calling to ministry.”

West Georgia UMC plays a unique role as a partner to the Wesley Foundation. At the church, college students lead worship, serve with children's ministry, and help out with special outreach events. A student even preached their first sermon this past summer.

“Our church has been able to renovate the sanctuary to make it more multi-use and include more people since merging. We've also been able to update our church signage,” Rev. Dawkins shared. “Taking this new step has been painful at times, but it's also allowed the church to dream up new ways that we can use our property to reach and include new people and we've actually seen some of those dreams realized.”

“The ‘little church that could’ — did!” she wrote. 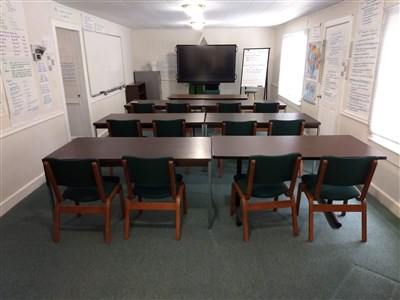 Another little church did something remarkable in the Athens-Elberton District. Several years ago the former Crawford UMC had just three members. They loved Christ and loved their church, and knew they could use their facility for a greater purpose. They began exploring possibilities for the building that could benefit and support the people of Oglethorpe County.

Former economic development director Cary Fordyce explained that Crawford is a small rural town with the same challenges faced by many rural communities. (To give a sense of the size, there are 125 people on the water system.)

The Crawford UMC members initially approached the Crawford City Council, and later arrived at the idea of turning the facility into a community center. That dream came to fruition. The church formally closed and the North Georgia Conference transitioned the deed to the new Lena Wise Community Center, Inc.

The name for the Lena Wise Community Center was chosen by the three Crawford UMC members, Jane Bowen, Jane Pettis, and Helen Jones Smith. In a news article, Bowen shared that Lena Wise was a matriarch and a Sunday School teacher in the church and worked as a principal in the local school system.

“She was probably the smartest woman I ever knew,” Bowen added. “Her family has been an important part of this county for generations, and she was a fairly important piece of our church’s history.”

Bowen, Petis, and Jones Smith are now members of other United Methodist churches.

Fordyce is especially proud that the space houses an Athens Tech GED program, and Athens Tech is in the process of bringing more classes to the center. "Looking at this from the community perspective, the opening of the Community Center has helped bring new life to downtown Crawford," he said.

And Many More
There are many more such stories that include new life for congregations such as Neighborhood UMC in Candler Park and The Nett UMC’s Berkmar, Bethesda, and John Wesley campuses in Gwinett County.

As churches continue to ask, what is the highest and best use of our resources, congregations continue to be blessed to find creative answers that will position the church to make new disciples of Jesus Christ for the transformation of those local communities and the world for generations to come.
News