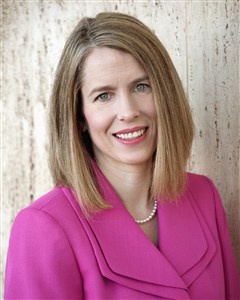 Susanna Baxter, current president of the Georgia Independent College Association, has been named the 26th president of United Methodist-related LaGrange College after a unanimous vote by the institution’s board of trustees.

Dr. Baxter succeeds Dan McAlexander, who announced his intention to retire last year after leading the institution for 11 years. She will assume the post this summer, according to Board Chair Bobby Carmichael, who also headed the presidential search committee.

“Our campus leadership could not be more excited to have Dr. Baxter become president of this fine institution,” Carmichael said. “She brings a wealth of expertise and leadership in higher education, as evidenced by her 20 years of work serving and advocating for private higher education in both Tennessee and Georgia.

“She is the right person to not only lead us through these challenging COVID-19 times, but also to cast a vision and action plan for the longer term. I am confident that all members of the LaGrange College community join me in supporting her as we look ahead to a bright future.”

Having served for 10 years in Atlanta as GICA president, Dr. Baxter said she is humbled to have been chosen for the position.

“About to enter its 190th year, LaGrange College has such a storied history. It is an honor to be joining such a wonderful institution with such a dedicated team,” she said.

“My family and I look forward to becoming part of a vibrant campus community—and the equally vibrant community of LaGrange—sometime this summer.

“I am grateful for President McAlexander’s impressive tenure, which gives us much to build upon. Working with the entire LaGrange family, I am confident we can propel the college strongly ahead.”

She will become the second woman to carry the title of LaGrange College president. Daisy Davies, a missionary, fundraiser and scholar, served as president from 1915 to 1920.

At Barton College in Wilson, North Carolina, she was director of residence life and intramural activities before being named dean of students. In 2000, she joined Tennessee Independent Colleges and Universities Association as head of member services and grants, eventually becoming chief operating officer in 2007.

Dr. Baxter moved to GICA in 2010, where she works with a board of directors, elected officials, corporations, foundations and government employees to advance the cause of independent higher education with the Governor’s Office, General Assembly and national leaders.

She has raised more than $1 million in scholarship aid, grants to support collaborative initiatives and operational funds, including a $570,000 federal grant. She successfully advocated for the restoration of $6 million in state funding for the Tuition Equalization Grant in 2013, and a historic increase of $2.2 million in 2014, which included an effective grassroots campaign.

Dr. Baxter also works on the board of the National Association of Independent Colleges and Universities in Washington, D.C., the leading nonprofit higher education advocacy group in the country.

She is a highly recognized speaker, having presented talks around the state and nation. She appeared on the LaGrange campus in 2016 as a guest lecturer and in 2018 as a keynote speaker at the national Advancement Roundtable.

Dr. Baxter serves as a governor appointee to the REACH Foundation Board, lay representative on the Georgia United Methodist Commission on Higher Education and Collegiate Ministry, and member of the staff parish relations committee at Saint Mark United Methodist Church in Atlanta. She also helps lead many coalitions on college costs and campus safety.

She is married to Mark R. Huffman and they have two children, Inman, 11, and Wade, 6.

Dr. Baxter was one of more than 100 applicants considered for the leadership post at LaGrange. The candidates were reviewed by a 13-member presidential search committee, which was composed of individuals representing the wide array of the institution’s constituents.

Georgia’s oldest private institution of higher learning, LaGrange College has been ranked as a top-five school and “best value” among 122 Southern regional colleges by U.S. News & World Report. A four-year liberal arts and sciences college affiliated with the United Methodist Church, LaGrange offers more than 70 areas of study with an emphasis on global engagement and service.