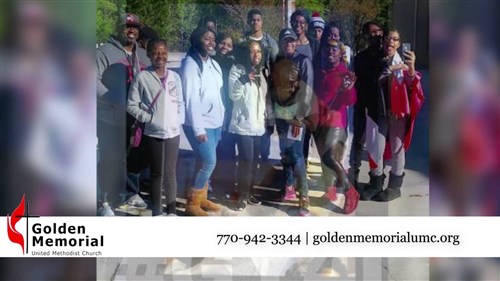 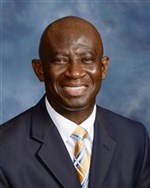 Golden Memorial UMC in Douglasville is one of the fastest growing United Methodist churches in the Rome-Carrollton District. With more than 1,100 members, an average of 800 congregants attend each Sunday among four services that the church provides. Just 10 years ago when Rev. Dr. Gregory Williams started at the church, there were only 60 members.

Faced with the possibility of closing, Rev. Williams said the church made a choice.

"The first thing we had to decide is if we could be able to work together, as there were many internal conflicts at the time. Once we decided we could and we would work together, we spent lots of time figuring out how to do it,” he said.

The next thing the leadership of Golden Memorial did was get out into the community. Every two weeks they scheduled a time in a different neighborhood to knock on doors and then send follow up correspondence in the mail. Before long, Rev. Williams found he had a team of people that were willing to do this.

“It became contagious!” he said. “It only takes 30 seconds to personally invite someone to church. Since we didn’t have any money, I worked with the lay people to train them and equip them with the tools to do this ministry.

“My lay people can now do basically anything I can do. And they do what I can’t! I always tell them they make me look good. I have a wonderful team,” added Rev. Williams.

But Rev. Williams and his team also found out it takes a lot more than an invitation to get someone to return to your church. You have to make people feel welcome, but also get along with each other.

“People experience enough conflict in the world, just trying to get by," he said. "When they come to church, they don’t need us to look down on them or debate with them. Instead, with an atmosphere of love, we do our best to let them know we are happy they are here.”

A church should also pay close attention to who is attending. At Golden Memorial, most members are between five and 45 years, so the leadership team spends a lot of time with the different segments of children, youth, and young adults. “Each group is different in how they want to receive the Gospel, and often we make the mistake of telling members how to worship. Instead, we should ASK them what they want, and how they want to do church.”

Golden Memorial has certainly figured out how to invite people, make them feel welcome, and keep them coming back to their church by being open and accommodating. It’s simple really, but it does take a team effort and a good leader who knows how to work with the team.

Rebecca Wallace is a communication consultant (and United Methodist) in Atlanta. This feature is the latest in a series on growing North Georgia Conference churches.