Creekside UMC: Meeting People Where They Are 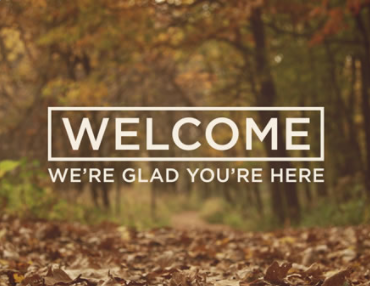 “We are in an area of South Forsyth County that has grown rapidly in recent years,” said Dr. Danuser. “People often move here after they have children because of our top-rated schools.”

In focusing its outreach on families with children, Creekside ended up creating an entire ministry around them, including a recreation program with more than 1,000 children participating. They also have a preschool with 350 children enrolled and an active preschooler parenting group that meets both in the daytime and evening to accommodate work schedules.

As the church responded to the growing number of families with young children, the church began to see more and more grandparents retire to Forsyth County. Creekside then worked to expand its outreach again, this time to include empty nesters and senior adults. These “Prime-timers,” as they call themselves at Creekside, say that they simply like having fun together, so the church organizes social events and spiritual retreats. Having offered only contemporary services before, the church started a traditional worship service that targets the Prime-timers and others who prefer that worship style.

“We put a major emphasis on hospitality through our ministries and connecting people to Jesus Christ and one another,” explained Dr. Danuser. “Most people in Forsyth County are transients, plus we are a bedroom community. We quickly discovered that a large part of what a church needs to provide is opportunities to connect with others and experience authentic community.”

While Creekside’s growth is heavily linked to the growth of the area, Dr. Danuser reflects that you can not double your membership – like Creekside did, which today sees an average of around 900 congregants in worship each week – unless you work to engage the surrounding community in many different ways.

“It’s human nature to focus on how to accommodate current members. Once upon a time in a culture that was largely churched, that model probably worked fine. But if a church is in a growing area and doesn’t also experience growth in membership, it’s because it is not meeting people where they are,” concluded Dr. Danuser. “To grow as a church today, we have to improvise, expand our services and engage our neighbors in their area of felt need, and on their terms.”

Creekside UMC has certainly met people where they are, and are flourishing because of it.

Rebecca Wallace is a communication consultant in Atlanta. This feature is the latest of a series on growing North Georgia Conference churches.