Rule 44 With Committee Until Thursday 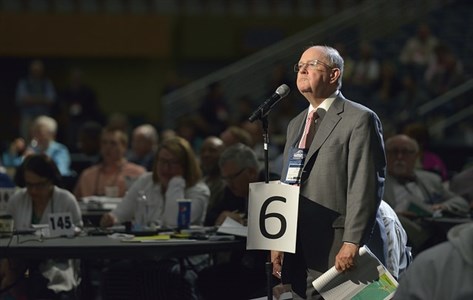 In ordering their work on Tuesday, May 10, the 2016 General Conference delegates adopted all but one rule recommended by the commission that plans The United Methodist Church’s legislative gathering.

This rule, known as Rule 44, has been put forth by the commission as a Group Discernment Process that might provide a template for dealing with contentious issues in the life of the church.

After discussion this morning, an initial motion to indefinitely table the rule was approved by a narrow margin of eight votes. A follow-up motion was then made to "untable" the rule. This vote passed by 30 votes, yet proposed amendments came from the floor. Because of these suggested amendments, it must go back to the rules committee for a recommendation tomorrow. More discussion about Rule 44 will begin at approximately 8:30 am (11:30 EST).