Stepping Out On Faith: Carrollton Church, Wesley Foundation Look to the Future 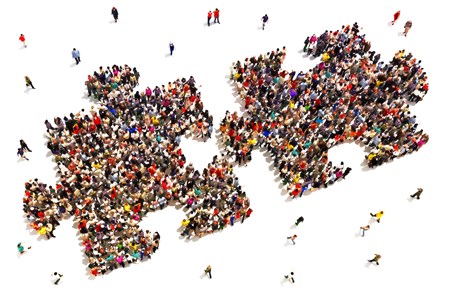 An exciting, new thing is happening in Carrollton, Georgia.

This weekend, the congregation of St. Andrew UMC learned about its next pastoral appointment — one bit of information on a journey they are taking on faith.

In June, St. Andrew will be a part of a Vital Merger between the church and the now-closed Wesley Foundation of the University of West Georgia. The church and the campus ministry will work together to launch a new church.

“What’s really unique is that this might be the first of its kind,” explained Rev. Dr. David Naglee, Rome-Carrollton District Superintendent.

In late 2016, Naglee, along with Director of Congregational Development Rev. Dr. Phil Schroeder and Director of Georgia’s UMCommission on Higher Education Rev. Michael McCord, met with the church to propose the idea of this unusual merger.

A Vital Merger is a best-practice in church development, where everyone involved puts mission first and starts a brand new ministry rather than blending one group into another existing group.

The church, as they know it now, would close and be re-established as a new ministry with the campus ministry at the university.

Naglee made it clear to the church that they could receive a preacher in June in the typical process, and go on with ministry just as they have in the past, or they could try something totally different. They didn’t have to make a quick decision, but could think and pray on the idea and let him know.

St. Andrew’s Administrative Council chair, Robin Johnson, has been a member of the church for more than 15 years, and her grandmother was a member when Robin was a child. Her connection goes back to summers in VBS.

She explained that the church is small and tight-knit. It’s well run, and even when the congregation’s pastor had to take extended medical leave last year, everything went along as usual.

Though she deeply loves the history of the church, she wants to see the congregation grow and thrive.

At the January Administrative Council meeting church leadership talked about the potential for the future, and also about their attachment to the building, to their traditions, even to their name.

“We didn’t have any answers,” she said.

When it came time for the council to make a decision to merge or not to merge, they took the vote anonymously on paper so that anyone who had reservations could voice them without pressure.

Johnson and interim-pastor Rev. Chris Barbieri took the paper slips to the next room to count.

“My prayer that night was that we wouldn’t be divided,” she said.

They opened the slips one by one.

Until every paper had been opened and the vote was unanimous.

“They said they wanted to be a viable presence in their community,” said Naglee. “They were willing, even enthusiastic, to do something new.”

Johnson said the decision wasn’t so hard when they looked at the mission of the church.

“We want to do bigger and better things for the community and for the college,” she said. “I can’t wait to look back in five years and say, look how many more people we have reached in this community.”

Of course, there’s plenty of nervousness.

“We have had ups and downs as a congregation and they led us here,” Johnson said. “To be involved at this level at this point in the church’s history is beyond exciting.”

She credits Rev. Barbieri for helping the church in a time of transition.

“I can’t say enough about his leadership and how he’s supported us,” she said.

When St. Andrew was established some 50 years ago its mission and purpose was to reach the west Carrollton community and students of West Georgia, explained Naglee. The church has a long history of being supportive of the Wesley Foundation.

In addition to St. Andrew’s building, the Wesley Foundation also owns property, but a location hasn’t been decided on for the new church to land.

“We will look for the best property for this ministry,” McCord explained. “In this stage of assessing the needs, everything is on the table.”

McCord and the UMCommission board are as enthusiastic as the congregation.

And he’s confident St. Andrew UMC is the right church for this journey.

“This church is so creative and willing and open,” he said.

The UMCommission has already begun collecting names of interested students, letting them know that something new will launch in 2017. They would like to introduce the new pastor to the students before they leave campus for the summer.

Dawkins, a provisional elder, was active in the University of Georgia Wesley when he was a student and continues to feel a call to campus ministry.

With support and enthusiasm from the Conference, the Rome-Carrollton District, the UMCommission, and the church, St Andrew members are now stepping out in faith.

“I am so proud of this congregation,” said Naglee.