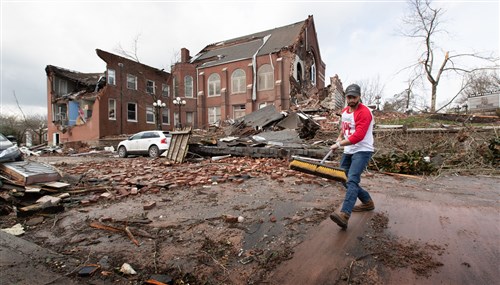 The nighttime storms claimed at least 24 lives, particularly in Putnam County, about 80 miles from Nashville. More than 150 of those injured were taken to hospitals in the Nashville area, according to CNN. The tornado, which reportedly cut a 10-mile path through downtown Nashville and into its eastern suburbs, caused significant damage in the neighborhoods of Germantown and East Nashville and the suburb of Hermitage.

The North Georgia Annual Conference has reached out to our neighbors in the Tennessee Conference to offer our prayers and support and to let local leaders know that our trained Early Response Teams stand ready when they are needed.

The area is still under emergency and as such, neither the Conference nor the local communities are ready to receive volunteers at this time.

There are three ways we in North Georgia can help at this time: