Votes of Note: Legislation from General Conference 2016 At a Glance 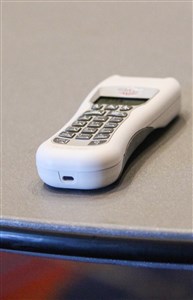 General Conference delegates acted on hundreds of pieces of legislation, taking part in thoughtful discussion, prayerfully discerning options, and sometimes simply voting yes to agreed-upon consent calendars. Some of the notable legislation from GC2016 is below. (Compiled from United Methodist News Service)

Clergy-Related Petitions
Several pieces of legislation related to clergy were passed by the General Conference. The Ministry Study Commission titled “Deepening the Theology of Ordination” passed, as did legislation that would strengthen the requirement for lifelong learning and coaching for clergy. Another provides for periodic clergy assessments and a third says local pastors no longer must be at least age 40 to apply for provisional membership. But a renewed effort that would have begun the process to remove the constitutional bar to end guaranteed appointment for ordained elders failed in committee, as did an “early ordination” petition.
READ MORE

Green Light for New Hymnal Project
The United Methodist Church is on track to get its first new hymnal since 1989, and this one will be Internet-cloud based and print-on-demand — the first high-tech hymnal for a mainline denomination. General Conference 2016 approved on a consent calendar Tuesday, May 17, a petition authorizing the creation of a 15-member Hymnal Revision Committee.
READ MORE

Term Limits for Bishops Fails
Term limits for United Methodist bishops got strong support in a vote at General Conference 2016, but fell short of the two-thirds majority needed to change the church constitution.
READ MORE

Special Sunday Updates
One Great Hour of Sharing will now be known as UMCOR Sunday. Offerings for the special Sunday, observed annually on the fourth Sunday of Lent, cover the United Methodist Committee on Relief’s overhead. Two other special Sundays, Women’s Ministry Sunday and Volunteer in Mission Awareness Sunday — both without offering — were approved as well.

'Inclusiveness in the Church' Gets Updated Language
By a vote of 509-242, delegates just exceeded the two-thirds threshold needed to support amending the article on “Inclusiveness in the Church" in the denomination’s constitution. The amendment adds “gender” and “age” to the list of qualities that will not be discriminated against in the life, worship and governance of the church. The amendment is structured to preserve United Methodist groups based on gender or age, such as church youth groups. This legislation was submitted by lay person Carol Napier of the North Georgia Conference.

Oppose Mascots That Demean Native Americans
Delegates overwhelmingly approved a resolution calling on United Methodist agencies to raise awareness about the harm caused by sports teams that use mascots or symbols that disrespect Native Americans. The petition had been amended in the Discipleship Committee, deleting language that would have called on United Methodist groups not to have meetings in cities that have sports teams with such mascots or symbols, which previous church resolutions contained. Atlanta has been among cities that couldn't be considered for United Methodist meetings because of the Atlanta Braves mascot. READ MORE

Delegates Approve Budget
General Conference delegates approved a general church budget of $604 million for 2017-2020. That budget proposal came from the board of the General Council on Finance and Administration and the Connectional Table, which coordinates the denomination’s agencies. READ MORE

Other Votes of Note

Legislation Tracking
Search for legislation submitted by petition number, keyword or submitter for information regarding the actions taken on each piece of legislation.
TRACK LEGISLATION