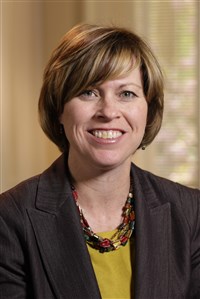 “Terry stood out among a strong field of candidates who were identified by our search consultant,” said Christopher Nunn, chairman of the board for Wesley Woods.  “The search committee was extremely impressed with her acumen and strategic perspective.  We are excited to have her leadership and perspective to strengthen and grow Wesley Woods’ commitment to healthy aging.”

Ms. Barcroft has worked in the field of aging for more than 24 years.  Since 2011, she has been vice president of operations at Wesley Woods. In that role she was instrumental in launching an industry-leading wellness program, overseeing day-to-day operations, and shepherding the organization’s strategic planning process.

“In less than 20 years, one out of every six people in the U.S. will be over the age of 65,” said Ms. Barcroft, president and CEO of Wesley Woods.  “Here in Georgia, the number of people over age 60 is increasing more rapidly than any other part of the population, which makes the work of the entire Wesley Woods organization more important than ever before.  I am so honored to be able to work with such innovative, mission-minded people as we advance our longstanding commitment to aging with purpose and grace.  That is the promise of Wesley Woods.” 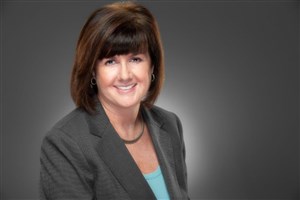 “This is an exciting and important time to serve older adults in Georgia, especially here at the Foundation of Wesley Woods,” said Ms. Crump.  “We are deeply committed to addressing issues of elder care – whether it be alleviating poverty and homelessness in our aging population or assuring that all older adults, regardless of income, can live and thrive in health and wellness”.

Marking a new era of leadership, Ms. Barcroft and Ms. Crump succeed Kenneth Weber, longtime president and CEO of both organizations, who is retiring after 46 years of service and dedication to Wesley Woods.

“Ken Weber’s leadership has been instrumental to Wesley Woods becoming a thriving organization which now sets the standard for senior living.  I know the board joins me in wishing him all the best in his retirement,” said Christopher Nunn, board chair.
News