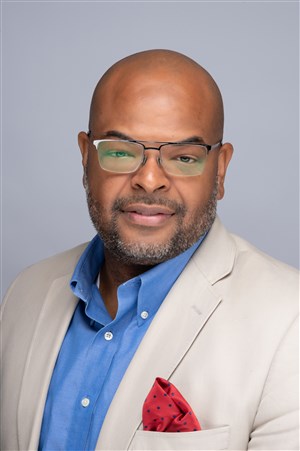 Director of Inclusion and Advocacy
Email
(678) 533-1441
Rev. Brian Tillman is the Conference Director of Inclusion and Advocacy. He serves as part of the Connectional Ministries staff. Rev. Tillman earned his BA degree from Morehouse College in 2003 where his major was Child Development. He earned his M.Ed degree from Indiana Wesleyan University in 2007 in Education. He earned his M.Div degree from Emory University’s Candler School of Theology in 2011 with a concentration in Scripture and Interpretation. He earned a certificate from the Reynolds Program in Church Leadership in 2017. He is currently in the D.Min program at Emory University.

Rev. Tillman was commissioned in the North Georgia Conference in 2011 and ordained in 2015. He has served as Youth Pastor at Powers Ferry UMC, Congregational Care Pastor at McEachern Memorial UMC, Pastor of Nurture at Johns Creek UMC, and Associate Pastor at Ben Hill UMC. He has chaired the North Georgia Commission on Religion and Race since 2016.

He has written a popular series of articles for Rethink Church (UM Communications) called “Racial Reconciliation: No Handholding Kumbaya” and has had other writings and sermons published including one sermon titled “Breathe.” He has copyrighted his Racial Healing Framework which he uses to dismantle racist systems, structures, policies, and practices in North Georgia, Western North Carolina, and Florida.

He has traveled internationally to study with peacebuilders in Northern Ireland and Germany. He plans to travel to South Africa in the next year with his clergy continuing education group (ACE2).

As a pastor and advocate for racial healing, he holds Luke 4:18-19 as his charge to share God’s love, grace, mercy, justice, and righteousness to all.

Rev. Tillman is “super-duper” happily married to Shanika Tillman and they have 4 very unique children (2 boys and 2 girls).
Conference Staff